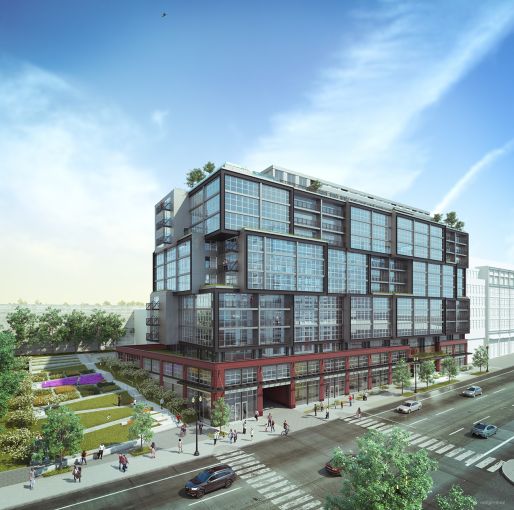 An Orangetheory Fitness chain will occupy a 3,255-square-foot retail space at the under-construction Highline Union Market residential building at 320 Florida Avenue NE in Washington, D.C., according to a press release from Clark Enterprises, FCP and Level 2 Development.

The deal closed in March 2019, according to a spokeswoman for the developers, who said Orangetheory is slated to open in late summer or early fall. She would not disclose the length of the lease or the asking rent.

Orangetheory, which runs one-hour group workouts, has a “fun” and “scientific” approach to fitness, George Leppert, an owner of multiple D.C. Orangetheory locations, said in the release. There are nine outposts in Washington neighborhoods including 82 I Street SE in Navy Yard, 330 7th Street SE in Capitol Hill and 2401 Pennsylvania Avenue NW in Foggy Bottom.

David Franco, a principal at Level 2 Development, said in a prepared statement that Orangetheory “will resonate with the fitness-conscious residents and professionals living and working in the Union Market District and NoMa neighborhoods.”

Designed by Eric Colbert & Associates, the Highline Union Market was inspired by New York’s elevated High Line park. The 12-story, 318-unit apartment building will “integrate warehouse-style windows with industrial-framed glass cubes that weave in and out of the Florida Avenue façade at varying depths,” per the release, which notes that the property will feature 10,000 square feet of ground-floor retail including the Orangetheory space.

Orangetheory is “the first of several exceptional retailers” to sign a lease at the site, Steve Gaudio of District Equities, who represented the developers, said in a prepared statement. Bill Giuliano of GSC Retail, who could not be reached for comment, represented Orangetheory in the transaction.