Midtown South Is on Fire but Running Out of Space 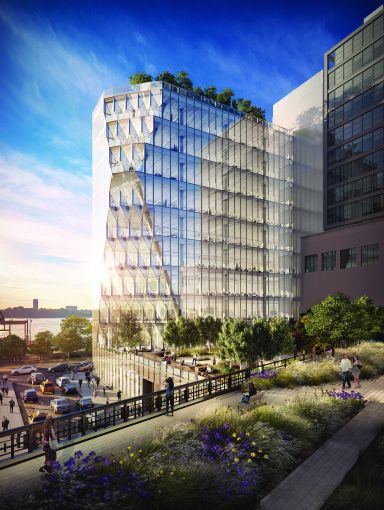 The darling of the tech sector, Midtown South’s winning streak has been going on close to a decade, and low supply could push rents even higher.

“It’s a running joke among brokers,” said Will Silverman, head of investment sales at Hodges Ward Elliott. “No matter how aggressive the rents were in someone’s offering memorandum, they’ve usually been blown past.”

The swath of Midtown South submarkets, which includes neighborhoods from Park Avenue South to Tribeca, were individually on fire, with all except Union Square seeing over one million square feet leased in 2018, according to CBRE’s fourth quarter market report.

The year ended with average asking rents at $81.69, up 12 percent from the previous year, and have since continued their climb to $82.70 in February of this year, per CBRE.

While tech tenants made a hefty contribution to leasing activity, it was the flex office sector that dominated the market. The sector leased over 1.3 million square feet, more than double the previous year, making up 33 percent of all activity (up form 3 percent in 2016).

The sublease market is also booming and currently makes up 30 percent of all available space, per CBRE, with asking rents at $74.64, a 13 percent discount from direct space. The increase in available sublease space is due to rapid growth, as technology companies outgrow their spaces and move to larger locations. And the high pricing is due to demand for prebuilt space from smaller tenants, or firms that need to move quickly, said Nicole LaRusso, director of research at CBRE.

With all the demand and competition for space, landlords are still providing steep concessions. The average concession package came in at $87.33 in tenant improvement allowance, up 9 percent from the previous year, and landlords gave an average of 12 months free, up from 11 the previous year.

Silverman says that one reason for Midtown South’s success is that New York’s rich and influential are now more likely to live in Soho or Tribeca than on the Upper East Side. “Investing in office locations that are approximate to where a lot of wealthy people live has been a great strategy in New York for going on 100 years.”

Supply is not keeping up with the intense demand, and there’s very little in the pipeline.

“The challenge is that there’s just not that much space,” said LaRusso, particularly larger blocks of generous floor-plates. “Part of that means is that some of tenants that need to grow, they’re going to look outside Midtown South, so that’s for instance what drove Spotify to World Trade Center.”

It could mean that tenants will look elsewhere—or that they’ll fight harder.

“I don’t think we’re worried about tech leaving Midtown South,” LaRusso said. “It’s just that it is going to have to grow outside of Midtown South.”