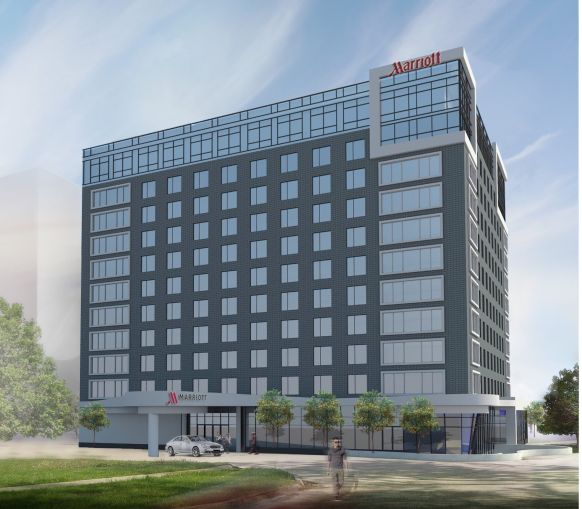 Sam Chang’s McSam Hotel Group has nabbed $71 million in construction financing for the development of a Marriott Hotel and a Residence Inn at John F. Kennedy International Airport in Queens, Commercial Observer has learned.

Meridian Capital Group’s Adam Hakim and James Murad arranged the debt. The duo joined the brokerage in August from Eastern Consolidated, as first reported by CO. Officials at Meridian declined to confirm the lender’s identity.

When completed, two separate hotels totaling 542 rooms will sit atop what is currently a parking lot; a 11-story, 360-key Marriott and a 12-story, 182-key Residence Inn. Both hotels will include meeting spaces, lobby lounges and fitness centers.

McSam Hotel Group has completed over 70 hotels to date, and more in the JFK airport submarket than any other developer.

“McSam Hotel Group continues to be the premier developer of hotels in the New York City market, and this transaction furthers the relationship that the lender has formed with our client,” Hakim said. “This financing will allow McSam and their partners to realize the potential that this site has offered in a market that is in need of new construction hotel product.”

Hakim and Murad also closed $121.4 million in construction financing for McSam’s 45-story, 526-key hotel at 140 West 28th Street in Chelsea in January. Bank OZK provided the $97.5 million senior mortgage in that transaction, too, with Square Mile Capital Management in the $23.9 million mezzanine position.

Officials at McSam Hotel Group did not return a request for comment. Officials at Bank OZK declined to comment.