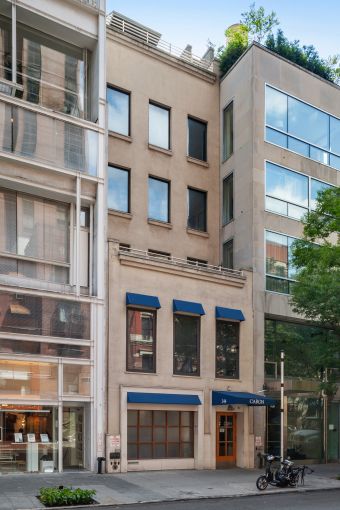 Caron Foundation, an organization that operates drug and alcohol residential treatment centers including one in New York City, is in contract to sell its five-story Manhattan building at 244 East 58th Street between Second and Third Avenues to the owner of Digital Gadgets, according to an employee at Caron. Digital Gadgets designs, manufactures and markets technology products and accessories.

The sale price is $8.5 million and the deal is slated to close on April 1, per a spokeswoman for Cushman & Wakefield.

Digital Gadgets has already moved into 244 East 58th Street, but has given Caron, which was the sole tenant in the building, some time to remain there while it secures a new home for its New York City center, the Caron employee said.

Caron bought the building in 2002 with a $2 million mortgage from Wachovia Bank, property records show. The 7,900-square-foot property was renovated in 2003 and has a finished basement, a roof deck, private offices, an event space and the ability to turn the ground floor into a retail store, according to C&W marketing materials.

Will Conrad of C&W is representing Caron in the deal. It wasn’t clear if the buyer had a broker. No one from Digital Gadgets responded to an inquiry. Todd Whitmer, the regional vice president for Caron in New York, declined to comment on the sale in November 2018 through a spokeswoman and the company did not respond to a request for comment Tuesday.