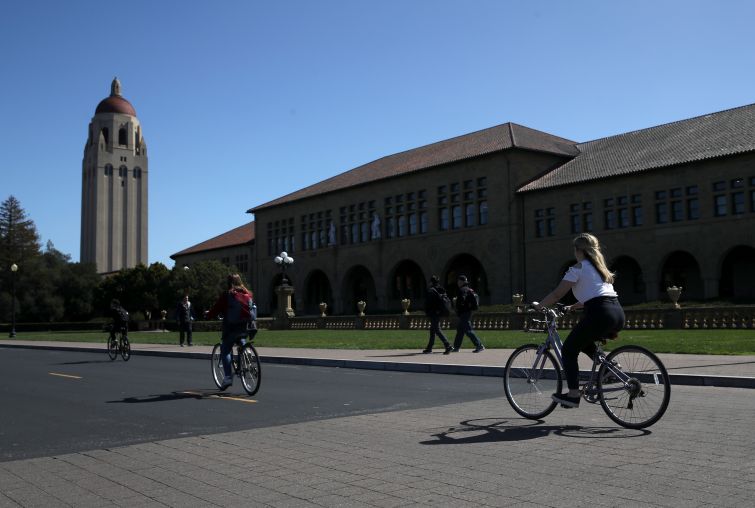 It was a power list that none of the top CEOs and high-profile individuals wanted to be on. On March 12 during a press conference in Boston, federal investigators released the names of 50 prominent people charged with taking part in a nationwide scheme to cheat their way into getting their children into elite colleges.

The fallout for some of the parents and children identified in having taken part in the scam to allegedly bribe coaches, school administrators and SAT and ACT test monitors to gain admission to schools including Yale, Stanford, The University of Southern California (USC), University of California, Los Angeles (UCLA), and Georgetown University has been swift.

The majority of the accused reside in California and many of them are in commercial real estate, as Commercial Observer previously reported.

Many, unsurprisingly, have lawyered up, per Bloomberg, including Bruce Isackson, 61, the founder of Woodside, Calif.-based developer WP Investments (and a former Cushman & Wakefield broker) along with his wife Davina Isackson. The couple, along with the 33 other parents accused of paying college consultant William Rick Singer to pay off coaches and exam proctors to get their children into top-ranked schools.  Charged with conspiracy to commit mail fraud and honest-services mail fraud, those named, including the Isacksons face up to 20 years in federal prison if convicted. The couple was warned by Magistrate Judge Jennifer C. Boal that there was to be “no discussion of the substance of the case with family members outside of counsel,” as the Boston Herald reported. A call to Isackson at his office went unreturned.

Suspect Douglas Hodge, 61, former chief executive of Newport-Beach based Pacific Investment Management Co, (PIMCO) stepped down from the board of trustees of the elite Sage Hill School in Orange County, according to the Los Angeles Times. A call to PIMCO requesting comment was not returned.

Meanwhile, Manuel Henriquez, the 55-year-old CEO, founder and chairman of venture lending platform Hercules Capital in Palo Alto, and his wife were implicated in the scandal. Henriquez subsequently voluntarily stepped down as chairman and CEO of Hercules, per a company announcement. He will, however, continue to serve as a member of the company’s board and as a company adviser.

California wasn’t the only location where real estate bigwigs experienced fallout from the scandal; Gordon Caplan, 53, an attorney and co-chairman of the law firm Willkie Farr & Gallagher, was placed on indefinite leave following the announcement of charges against him, according to press reports. A call to Willkie Farr & Gallagher went unreturned.

Senior executive at TPG Growth William McGlashan, 55 has been fired from the prominent private equity firm as well as the company’s social impact arm the Rise Fund, which he co-founded with Bono of U2 and Jeff Skoll, founder of Participant Media, per The Los Angeles Times. The San Francisco-based firm is best known for its investments in Airbnb and Uber as well as assisting in the launch of the Burbank movie studio STX Entertainment.

The son of John B. Wilson, 59, the CEO of Massachusetts-based developer Hyannis Port Capital has had his account with USC, where he matriculated following an alleged bribe to a water polo coach, frozen.

The chair of the USC board of trustees, Rick Caruso, did not respond to CO’s, request for comment on the scandal and potential impact to USC and the students implicated in the investigation.

Fellow students implicated in the investigation, including the two daughters of actress Lori Loughlin, have also had their accounts halted, thus preventing them from registering for classes or acquiring transcripts while their cases are under review, according to a statement from the school’s press office. At the time the scandal broke, one of Loughlin’s daughters, happened to be spending her spring break on a yacht owned by Caruso, according to numerous press reports.

The Hollywood Reporter skewered Jane Buckingham, 50, the CEO of marketing company Trendera and a parenting guru behind how-to books, lectures and articles including a now cringe-worthy article in Time on the dangers of helicopter parenting. “There were more famous, rich and powerful names of the list of March 12 indictments…But none was more ironic than that of Jane Buckingham…who has spent a career, launched while still in high school, positioning herself as a sensible, sagacious authority about the lifestyle anxieties of adolescents and their parents.”

A request for comment sent to Buckingham from LinkedIn was not returned.

In Florida, Robert Zangrillo, the 52-year-old CEO of Miami-based developer Dragon Global, who was implicated in the scandal said in a statement supplied to Commercial Observer that he was “deeply troubled by the recent complaint… and I regret my and my daughter’s involvement in this college admissions matter. This is a personal issue and the alleged activities described in the complaint have no connection to my business endeavors.”