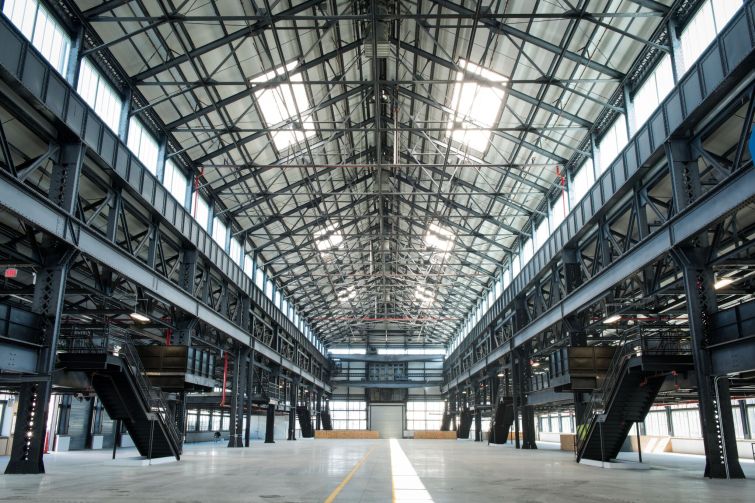 Bednark will relocate its 75-person team from its current base in Bushwick and plans to open in July of this year, Michael Bednark, the company’s CEO and founder, confirmed.

The new location will triple the amount of space Bednark currently occupies, and accommodate its planned expansion of 65 additional jobs, according to a release from the Brooklyn Navy Yard Development Corporation.

There were no brokers on the deal, per Bednark. The company had been using space at the Brooklyn Navy Yard for over five years as overflow space, and when they needed to build large installations, so they knew that it was right for their needs.

“It’s a large, open footprint in Brooklyn, and it’s very close to the city,” said Bednark, which is where most of the firm’s clients are. “Stuff does go wrong, so being close by we can make on-the-fly changes, and keep everything on schedule.”

In addition, Brooklyn is home base for most of his staff. “I don’t think I would find that similar labor pool in Long Island or New Jersey,” he said.

Building 28 is part of the four-building complex known as the Green Manufacturing Center. They were originally built between 1891 and 1941 and then renovated between 2012 and 2015. Once Bednark moves in, the 216,000-square-foot center will be fully leased.

The arrival of Bednark is in keeping with the Brooklyn Navy Yard’s stated mission of creating more manufacturing and middle class jobs. Other tenants at the manufacturing center New Lab, Crye Precision and Brooklyn Coffee Roasters.

“Bednark is the latest example of the Brooklyn Navy Yard attracting cutting edge manufacturing companies looking to expand in New York City,” said David Ehrenberg, the president and CEO of the BNYDC, in prepared remarks.

A spokesman for the BNYDC declined to provide asking rents.