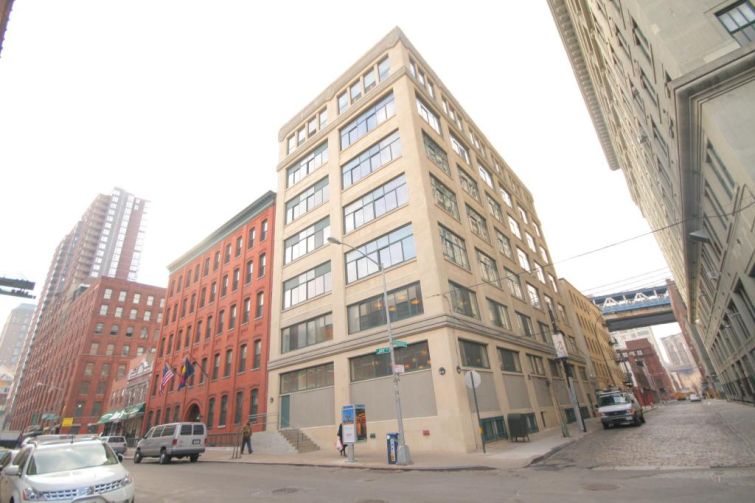 The developers plan to convert the properties, at 42 and 50 Jay Street, into luxury condos, aiming to finish the conversion by 2021.

Christopher Peck, David Giancola, Jeff Julien and Peter Rotchford, debt advisors at HFF, led the team that negotiated the financing for the transaction, which closed yesterday. HFF also arranged the equity partnership between the two borrowers, a spokeswoman for the company said.

“The thoughtful aesthetic and community focus that Alloy brings to development has helped transform Dumbo into the neighborhood it is today,” Peck said in a statement.  “It was a privilege to work with them to help identify the optimal capitalization as they add to their legacy of transformative projects in the area.”

News of the sale was first reported by The Real Deal.

The buildings are being offloaded by Phoenix House, a nonprofit that provides addiction treatment. Plans call for Davis and Alloy to convert the building into a 46-unit apartment complex, in part by adding two more stories to 42 Jay Street and a penthouse-level top floor to 50 Jay Street.

The developers got approval in recent months from the Landmark Preservation Commission to execute the designs, according to a representative for the developers. Crain’s New York Business first reported that the sale had closed. The existing structures were constructed in the late 19th century.

“We’ll restore the exposed brick and timber which, with the ceiling heights, will give the apartments a beautiful loft feel,” A.J. Pires, the president of Alloy Development, told Crain’s. “The two buildings create an interesting mix of apartment types.”

The bank, which focuses on development financing, hasn’t shied away from deals large or small in New York City. In late January, it lent GFI Capital Resources Group and Elliott Management Corporation $350 million to fund their purchase and renovation of the Parker New York hotel in Midtown. That deal came weeks after the bank offered Delshah Capital a $62 million senior construction loan for a luxury Brooklyn rental tower going up at 22 Chapel Street in the borough.