Touring the Dime, the 23-Story Mixed-Use Tower and Bank Conversion in Williamsburg 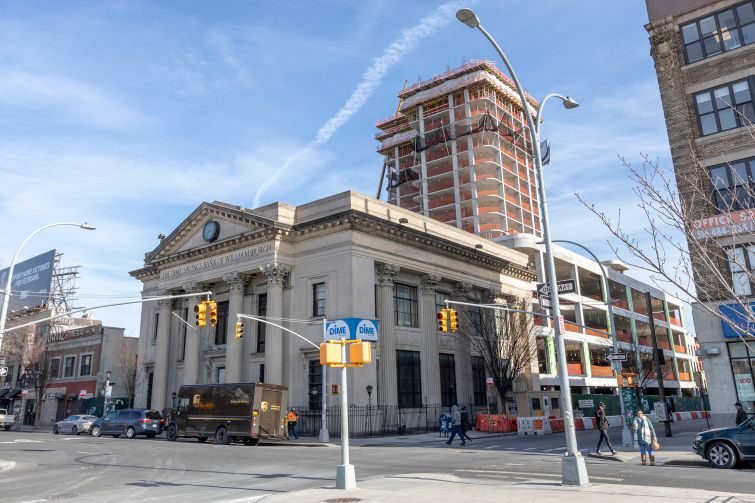 The under-construction mixed-use project known as The Dime, pictured here in January 2019, will hold retail, apartments and office space. And it will repurpose the old Dime Savings Bank of Williamsburgh. PHOTO: Melissa Goodwin/For Commercial Observer 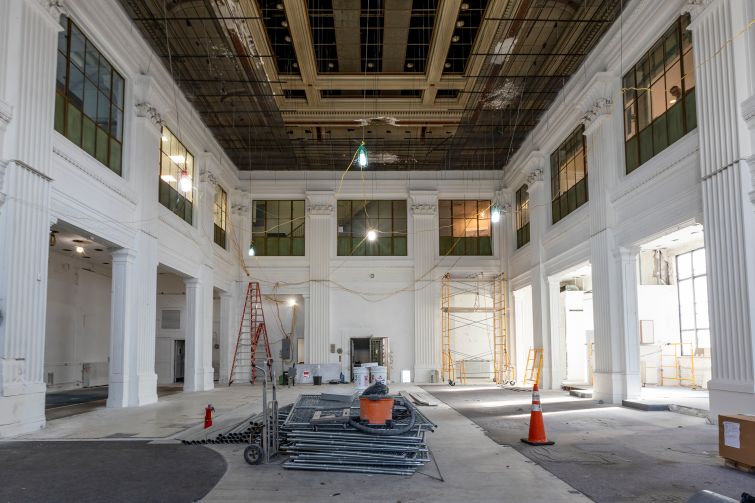 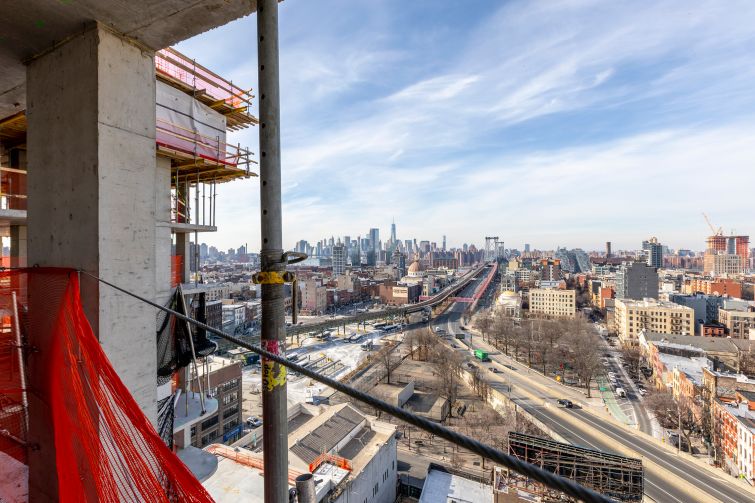 The east-facing view from the 16th floor of the residential tower in the Dime Savings Bank complex features views of the Williamsburg Bridge and neighboring Manhattan. PHOTO: Melissa Goodwin/For Commercial Observer 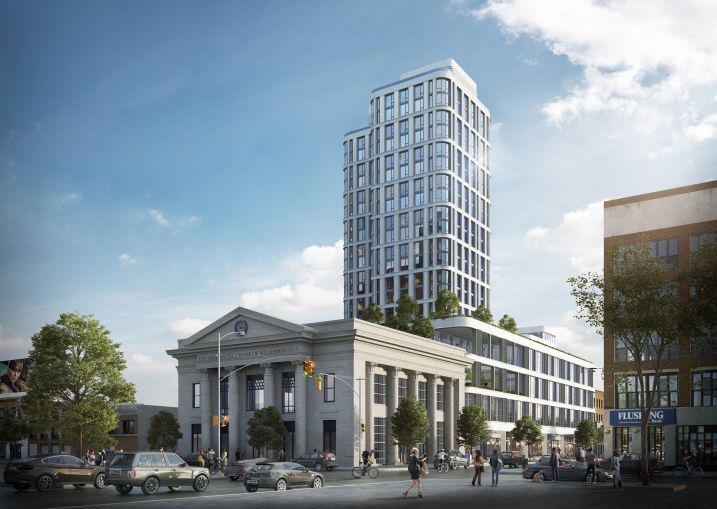 A rendering of the Dime, a new mixed-use development under construction at 263 South 5th Street in Williamsburg. Rendering: Fogarty Finger Architecture 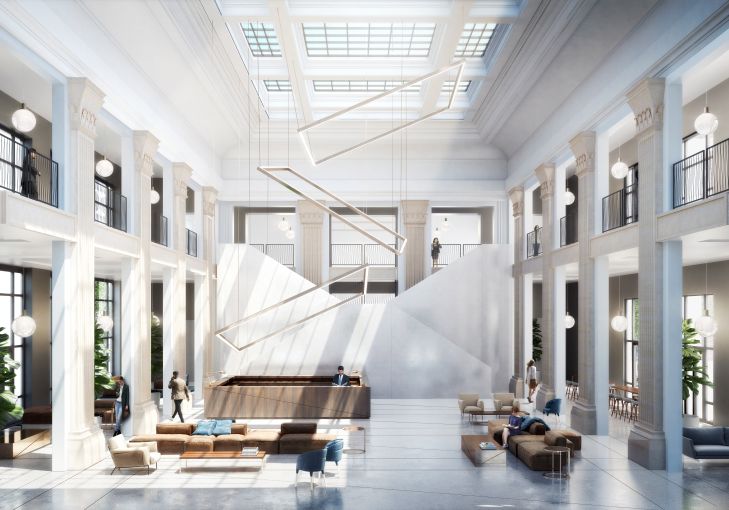 A rendering of the bank building as a commercial office lobby. Rendering: Fogarty Finger Architecture 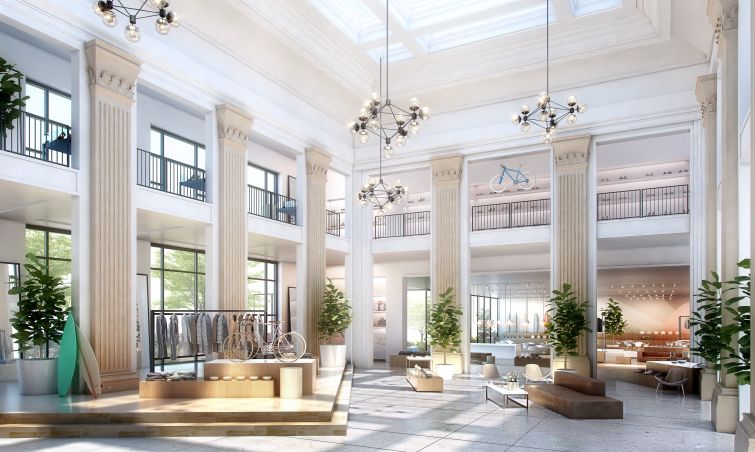 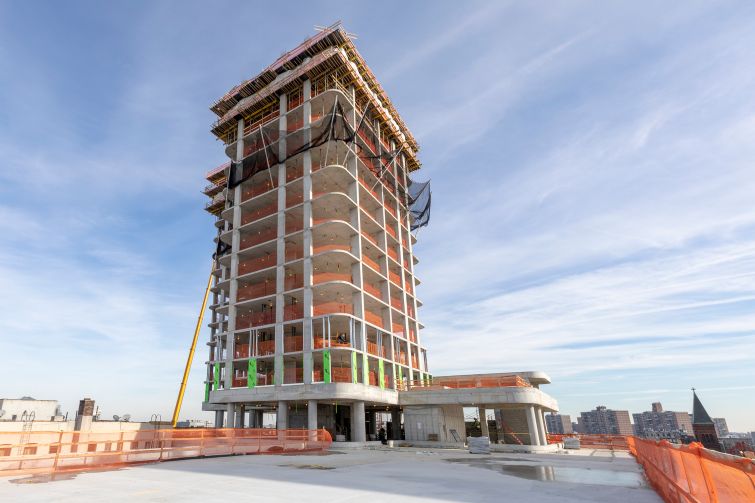 The slimmer residential portion of The Dime rises out of the commercial base. This was taken from the fifth-floor terrace and amenity space. PHOTO: Melissa Goodwin/For Commercial Observer 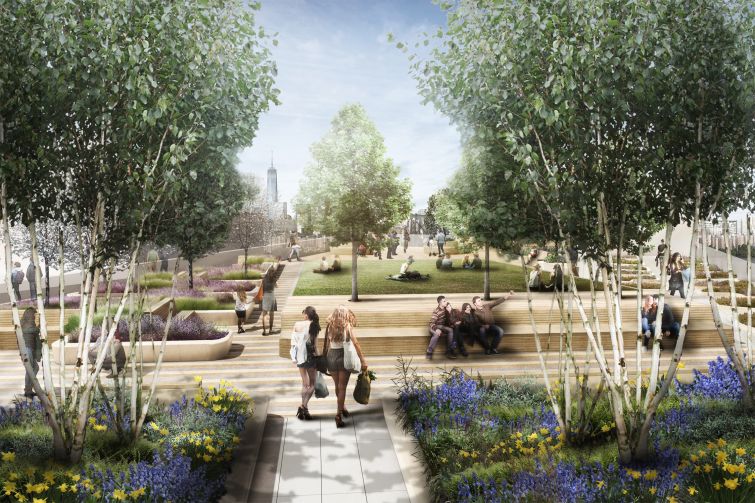 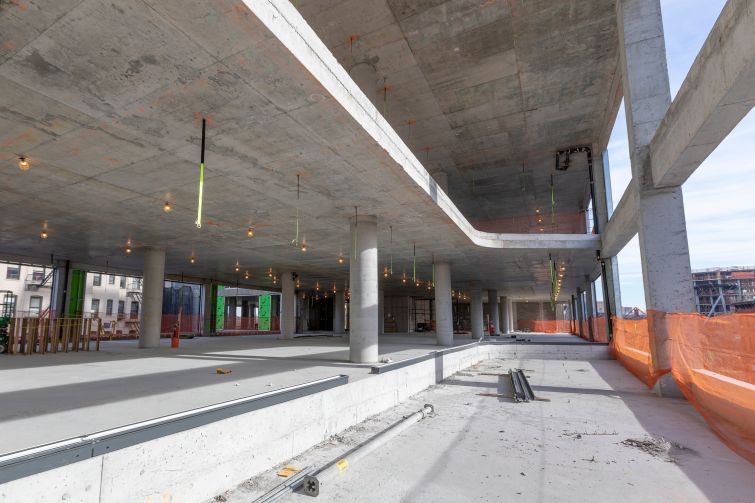 Each commercial floor in The Dime in Williamsburg will feature outdoor space, some with open patios and others with roof decks. PHOTO: Melissa Goodwin/For Commercial Observer

A look at the four floors of office space in The Dime. Rendering: Fogarty Finger Architecture 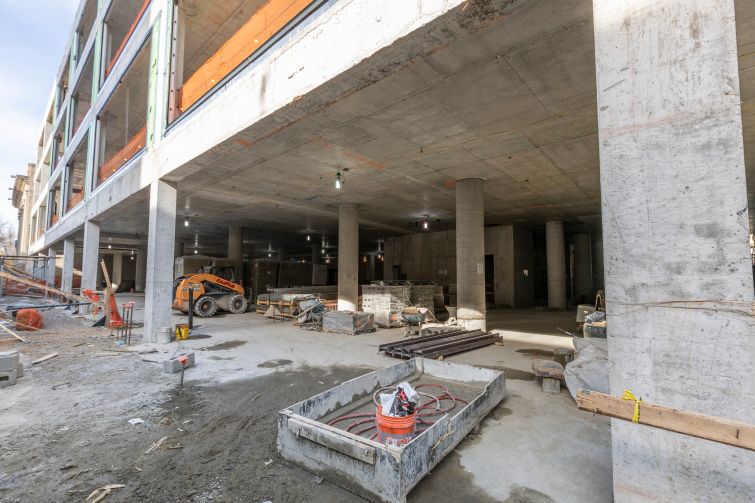 The entrance for the commercial office floors in The Dime will likely be on the South 5th Street side of the complex. PHOTO: Melissa Goodwin/For Commercial Observer
Previous Next

Developers in New York City rarely include office space in new residential towers. Even in areas where the zoning allows mixed-use projects, builders are usually hesitant to surrender space for apartments—which command top dollar per square foot in the world of New York City real estate—in favor of offices.

Another reason is that the development incorporates a historic building, the 1908 Dime Savings Bank of Williamsburgh on Havemeyer Street. Although the neo-Classical building has been gutted, it will eventually house either a retail space or the lobby for the office part of the tower. Workers will remove the pitched roof of the bank to create a flat, landscaped roof deck.

Meanwhile, the concrete structure of the new tower has reached the 21st floor and is expected to top off this month, with completion scheduled for the end of the year. The top floors offer sweeping views of Brooklyn, Queens, Manhattan and the Williamsburg Bridge. The building has a four-story podium filled with retail and offices, and then it sets back into a slimmer, 19-story residential tower. Chris Fogarty of Fogarty Finger, the lead architect on the project, created a facade with rounded corners and terra cotta tiles that were inspired by the bank building and its original designer, Helmle & Huberty.

The office floors are large, open floor plates, with evenly spaced columns. And there are very few new construction commercial developments in North Brooklyn—with the exception of Rubenstein Partners’ nearby 25 Kent—so the Dime’s commercial space is a valuable commodity. A JLL team led by Howard Hersh is marketing the office space, which has asking rents in the $70s per square foot.

“If you want office space in Brooklyn, you can get converted loft space or you can get this,” Fogarty said. “There’s not a lot of new office space. There’s 30,000-square-foot floor plates, three of them. They’re great for [tenants who need] bums on seats, like tech. And every floor gets outdoor space.”

Commercial tenants will have access to a variety of amenities on the the fifth floor, on top of the podium, including a lawn with a barbecue, a gym, a yoga room and a basketball court. The residential tenants will share the outdoor space with office workers, and they have their own amenities, like a coworking lounge and a fitness center, in the indoor portion of the floor.

The interior design of the apartments will be “hygge-esque,” said Sam Charney of Charney Construction & Development, who is building the project with Tavros Development Partners. “Danish, modern. The idea was light woods, comfortable. Hygge itself [the concept of Scandinavian coziness] is like sitting around in sheepskin rugs with a cup of tea in front of a fire. Who doesn’t want to be comfortable? Who doesn’t want to see clean lines and natural materials?”