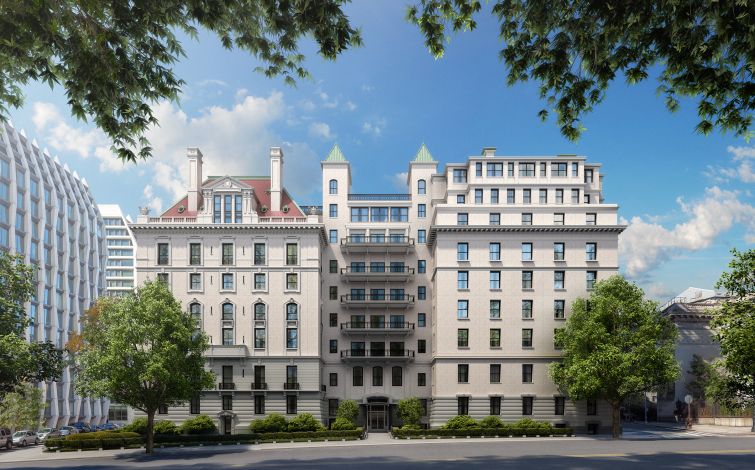 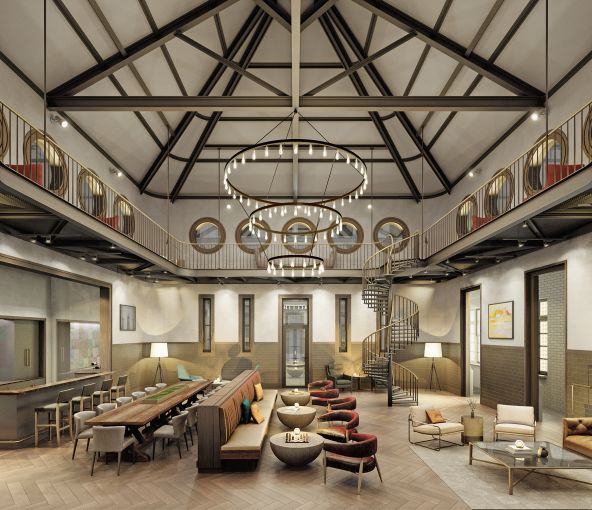 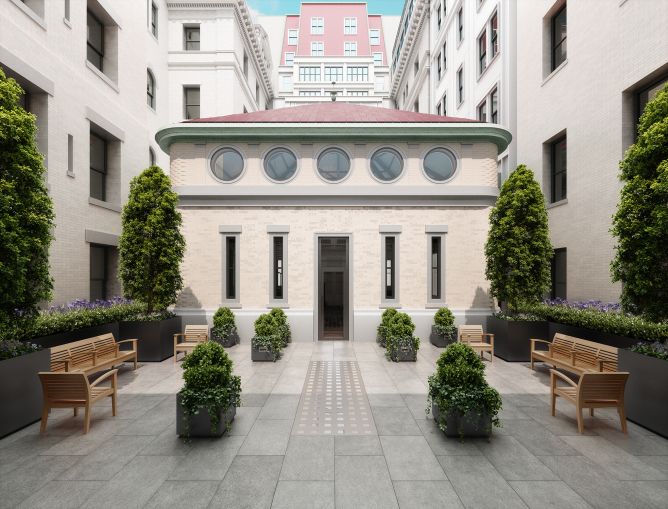 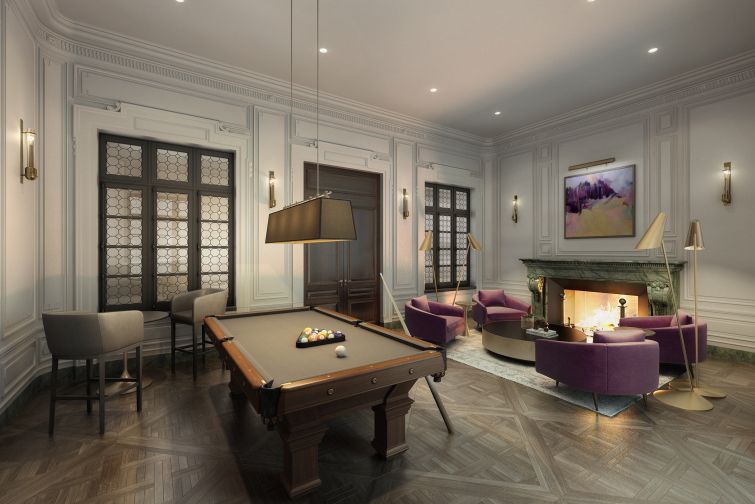 St. Luke’s Hospital in Morningside Heights, designed by Ernest Flagg in 1896, with its four pavilions surrounding a courtyard and a carriage house at the center, became the standard for hospitals throughout the nation.

Now, the French Renaissance Revival-style campus at 30 Morningside Drive is being converted into a luxury residential complex by Delshah Properties. When Delshah Founder Michael Shah purchased the five-building property in 2016, two buildings were vacant and two housed administration offices serving what is now the Mount Sinai St. Luke’s Hospital.

CetraRuddy, the architect on the project, worked with preservation consultants at Higgins Quasebarth to preserve the historic campus’ interiors and exteriors.

“It’s one of the more complicated conversions we’ve ever done,” said Eugene Flotteron, a principal at CetraRuddy. “The four pavilions were built at separate times so each building structurally is very different than the other.”

The four nine-story pavilions are linked through narrow connectors that wall in the complex along West 113th and West 114th Streets as well as Morningside Drive. The facades of the two buildings on Morningside Drive—which overlook Morningside Park—were landmarked by the city’s Landmarks Preservation Commission in 2002, while the other two buildings are on the National Register of Historic Places.

Part of the financing for the project included federal tax credits that are awarded to developers who rehabilitate historic properties, and that requires preserving both the exterior and some historic elements of the interior structure, Flotteron explained.

“Our corridors and how the building is laid out on the inside paid homage to how they were laid out when they were originally constructed,” he said.

While it’s always a challenge converting between uses, in this case, some of the buildings’ elements made the transition easier, such as the structures’ many large windows and the basic layout of rooms along corridors, Flotteron said. One problem was converting the space behind the buildings’ mansard roofs, because the small round windows made it difficult to let in enough light for residential purposes, he said. His team’s solution was to build duplexes with double-height living rooms on the upper levels.

“There are some fantastic apartments now on the tops of buildings because of these very difficult spaces that were in these sloped roofs,” he said.

The fifth building will be redesigned as an amenities center inspired by its original use as a carriage house, Nancy Ruddy, the firm’s founding principal, said. “We have utilized materials that were typically found in turn-of-the-century carriage houses: hand-crafted tiles, patterned masonry and patterned masonry floors, all accentuated by leather, antiqued metal and blanket fabric that might have been part of the building’s original ambience.”

The first two buildings are nearly complete and should be ready for occupancy in the spring of this year, Shah said. The remaining two should come on line by the end of 2019.