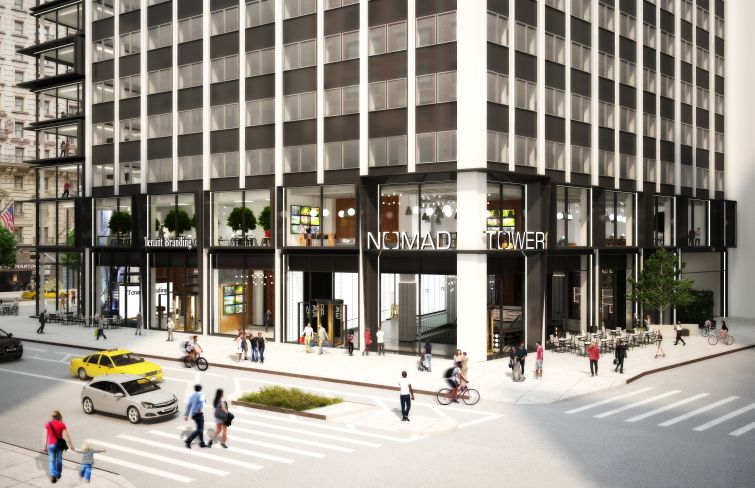 TransPerfect, a translation and technology company, has signed a 15-year lease for 123,516 square feet at the newly rebranded Nomad Tower, according to a release from JLL. Asking rent was $80 per square foot, according to a spokesman for the brokerage.

The tech company will relocate to its new headquarters at the 39-story office tower at 1250 Broadway, from 3 Park Avenue between East 33rd and East 34th Streets, The New York Post first reported.

TransPerfect is the second large tenant in recent months to sign at the tower, between East 31st and East 32nd Streets, following Zillow Group’s 130,000-square-foot lease in late 2018, as Commercial Observer reported.

Eyal Ofer’s Global Holdings Management Group, bought the 800,000-square-foot tower for $565 million in 2016, then pumped $50 million into capital upgrades to update the aging structure and rebrand it as the Nomad Tower. The renovations are still underway, and will be completed early this year, according to the release.

TransPerfect will relocate later this year, according to a Phil Shawe, TransPerfect’s CEO.

“I’m looking forward to seeing the next chapter of @TransPerfect’s story unfold from our new global HQ NoMad Tower later this year,” he tweeted. The company now has over 5,000 employees, 88 offices worldwide and revenues of over $700 million annually, according to Shawe’s tweets.

The tech firm will occupy five floors and have a private entrance form the street and a private ground-floor lobby.

A spokeswoman for CBRE didn’t immediately provide a comment, and Kulik wasn’t reachable.