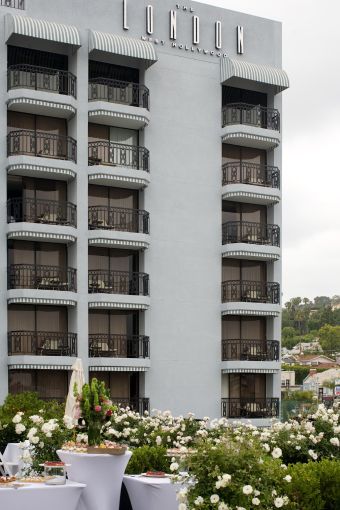 Northwood Investors has landed a $165 million refinance for The London West Hollywood, sources familiar with the transaction told Commercial Observer.

News of the refi was first reported by Commercial Mortgage Alert.

Located at the base of the Hollywood Hills at 1020 North San Vicente Boulevard, The London West Hollywood boasts panoramic views of Beverly Hills and the surrounding Los Angeles cityscape. Its amenities include a fitness center and a pool with a sun deck and private cabanas. The property features several event spaces, including a 4,000-square-foot ballroom and a 110-seat screening room.

Northwood acquired the 226-key, all-suites hotel—previously the Wyndham Bel Age—from Blackstone Group in 2013 for $195 million. The purchase marked Northwood’s first hotel acquisition on the West Coast and exemplified Northwood’s “focus on luxury hotels in strong hospitality markets,” Jonathan Wang, a managing director at Northwood, said in a release at the time.

Shortly after the acquisition, Northwood embarked on a $38 million, 4-year renovation plan for the property, which is now completed.  As part of the redevelopment, Northwood added 26 suites, refreshed the original 200 rooms, and redesigned the lobby and common areas. London Bar was also added to the property, described on its website as combining ‘cosmopolitan British elegance with laid-back California cool.’

Officials at Northwood, SocGen and Crédit Agricole did not immediately return requests for comment.