Samsung to Open One of New Experiential Stores in Glendale 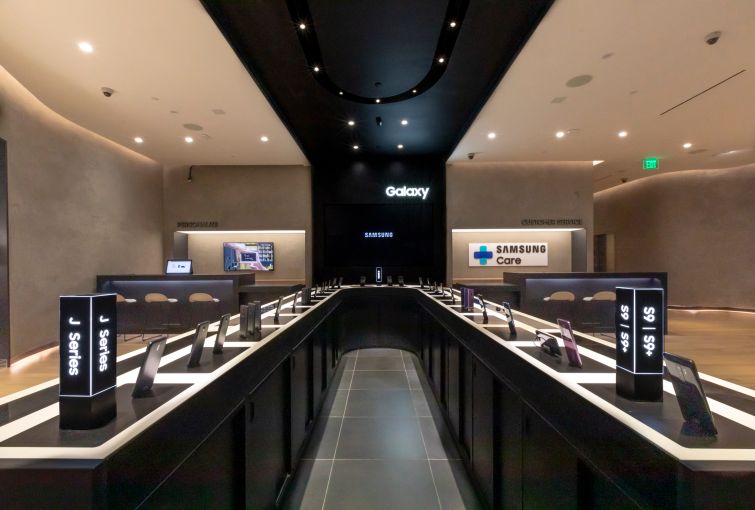 Electronics giant Samsung plans to open its first three retail stores around the country tomorrow, including an outpost in a Glendale, Calif., mall, the company announced.

Samsung will launch its Samsung Experience Stores in Glendale’s The Americana at Brand at 889 Americana Way, Roosevelt Field mall in Long Island, N.Y., and The Galleria in Houston, Texas, according to the company.

The shops will sell the company’s wares like cell phones, tables and TVs. They will also have virtual reality demos, a gaming lounge and walk-in repair service for phones, Samsung said.

“We want to build a ‘playground’ for Samsung fans—a place to learn about and try out all of the amazing new products we have to offer,” YH Eom, the president and CEO of Samsung America, said in a statement.

Spokespeople for Samsung and The Americana at Brand owner, Caruso Affiliated, did not respond to requests for comment about the size of the Samsung shops and the terms of the lease.

The stores are the latest push for the electronics company into the brick-and-mortar retail space, which started in 2013 when Samsung partnered with Best Buy to open “mini-shops” inside the retailer’s locations around the country, TechRadar reported. In 2016, Samsung launched a 55,000-square-foot “digital playground,” which doesn’t actually sell anything, at 837 Washington Street in the Meatpacking District, as Commercial Observer previously reported.

Samsung will join its biggest cell phone rival company Apple in operating physical retail space. Apple also launched one of its first Apple Stores in Glendale in 2001 and the company currently has more than 500 around the world, according to 9to5Mac.