Macy's locked in a short-term leaseback at the locations while the sponsors establish a plan to reposition the assets. 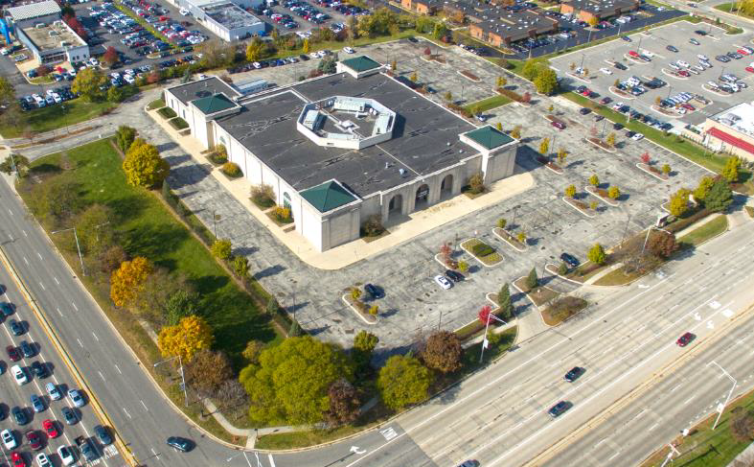 The five-year, floating-rate debt package funds the purchase and a planned repositioning of the two Macy’s locations, according to Mesa West.

Macy’s sold the assets and locked in a short-term leaseback of the spaces while the sponsors market the properties for lease and begin their plans for redevelopment, sources said, although they declined to provide details on the terms of the leaseback.

The joint venture between Chicago-based GW and Angelo Gordon is planning to split the existing retail space into subdivisions to bring in “junior” anchor tenants—or those occupying at least 10,000 square feet—and it will also develop outparcels on site and adjacent to the properties that will most likely house restaurants.

Each Macy’s property is two-stories-tall and comprises roughly 117,000 square feet. The shop in Oak Brook is at at 1717 22nd Street while the location in Schaumburg is at 1200 North Meacham Road.

Mesa West has lent to Angelo Gordon before under a similar playbook. The bridge lender provided $23 million to the real estate investment firm in 2017 for it to reposition a 121,000-square-foot Kmart store, with a short-term leaseback to Sears, at 3443 West Addison Street in the neighborhood of Avondale in the northwest suburbs of Chicago.

Hirsh added, “There continues to be strong demand for retail space within prime locations with good visibility.  The close proximity to the well-occupied and top-rated Oakbrook and Woodfield shopping malls creates strong opportunity for leasing these properties.”

Vacancy in Chicago retail was rather feeble in the second half of 2018, flattening out at 11.1 percent, while the average net asking rents increased a bit to $18.50 per square foot in the fourth quarter, according to a report from CBRE.

GW principal Mitch Goltz told Crain’s Chicago Business in December 2018 that the sale represented “an opportunity to feed off the energy” generated by the two adjacent malls. Goltz said at the time that the joint venture hadn’t yet solidified plans for the  redevelopment but hinted that it could involve transitioning the buildings into uses that are in higher demand, such as a fitness center or dining and entertainment options.

After several years of declining store sales and lackluster earnings showings, this move by Macy’s, the country’s largest department store chain, is part of a wind-down announced in August 2016; it would begin the process of shuttering 100 of its 728 stores—home and furniture galleries as well as full-line stores. The company had completed 80 of its 100 store closures by the first quarter of 2018.

Macy’s has planned to close eight stores this year, the company indicated in January 2019, including a Macy’s Furniture Gallery at the massive Westside Pavillion shopping mall in Los Angeles, which is going to be redeveloped into a massive office building that will house Google.

Neither GW officials nor a spokeswoman for Macy’s immediately responded to an inquiry.