Gym Where Michelle Obama Trains Is Coming to Williamsburg 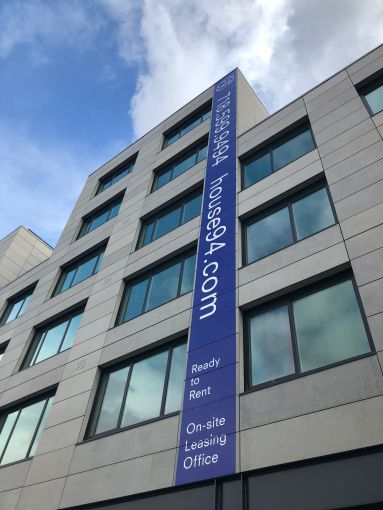 Hudson Companies has signed the gym Solidcore, known for its tough workouts, to its new development in Williamsburg at 94 North 3rd Street, Commercial Observer has learned.

The fitness studio, a Michelle Obama favorite, will occupy 1,880 square feet on the ground floor of the 75-unit rental, known as House No.94, according to information provided by Hudson.

This will be Solidcore’s first outpost in Brooklyn, and fourth in New York City. It opened its first location in Chelsea in October 2018, and has plans to open two more in Manhattan, in NoMad and Soho, according to Bryan Myers, the company’s COO.

While Solidcore is new to New York City, it has more than 40 locations nationwide, and was known to count Michelle Obama as a client while she was in the White House. Obama mentions Solidcore in her memoir (along with SoulCycle), and is a regular client to this day, Myers confirmed.

Myers said the company knew from the beginning that it would open locations in both Manhattan and Brooklyn. “Knowing what has happened in Williamsburg over the last several years, we are super excited to be in Williamsburg,” he said. An ABS Partners Real Estate team of John Brod, Mark Tergesen, Ben Waller and Jennifer Bernstein represented Hudson in the deal, while Sean Young of Sabre Real Estate represented the tenant.

The lease is for a 10-year term with two five-year renewal options, according to Hudson’s Alison Novak. The building has roughly 15,000 square feet of retail space and Solidcore is the building’s first retail tenant, Novak said. “We’re excited to kick off the retail leasing,” she added.

The Williamsburg studio is expected to open in late spring of this year, per Myers, and the two new Manhattan studios, at 261 Hudson Street in Soho and 31 East 31st Street in NoMad, are scheduled to open before the end of the year.

A spokesman for Hudson declined to provide the asking rents. A spokeswoman for ABS didn’t provide a comment by publication time.