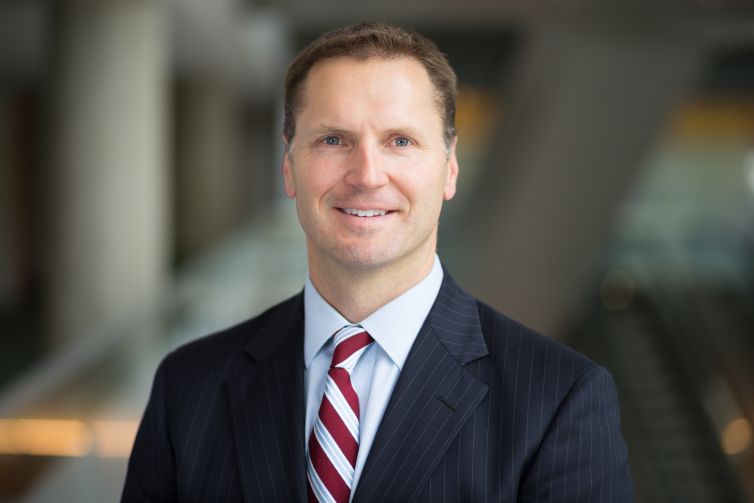 With extensive experience in multifamily lending and tax credit equity products, David Leopold leads Freddie Mac’s Targeted Affordable Housing (TAH) business, which serves the lower-income multifamily rental housing market. TAH properties receive federal, state or municipal government subsidies to pay for a portion of properties’ development or operating costs in exchange for developers’ commitment to keeping all or a portion of the apartments affordable. Last year was a record year for Leopold’s team, which hit $8.1 billion in originations. Commercial Observer caught up Leopold at the MBA CREF19 conference in San Diego to learn what’s driving business.

Commercial Observer: How did you get your industry start?

David Leopold: I always had an interest in real estate, but my first job out of graduate school was with the Department of Housing and Urban Development. I was there for two years then joined Bank of America—before its merger with NationsBank around 25 years ago. Bank of America at the time was a West Coast bank based in San Francisco but they had an office in Washington, D.C.—which is where I was living at the time—that just did big bond deals. So I got my start in the bond part of the affordable business. After NationsBank bought Bank of America and there were a number of reorganizations there and I was one of the few guys around who knew how to do big bond deals. I spent about ten years of my career bouncing around between conventional commercial real estate, affordable [housing] and public finance with Bank of America Securities then transitioned into running the national debt platform for Bank of America. I then became a tax credit equity executive and ran a business that invested around $1.4 billion in low-income historic, new market and solar tax credits for about six years before joining Freddie Mac four years ago.

Were you always drawn to the affordable side of the industry?

How has the affordable housing sector evolved over the past 25 years?

More people understand the importance of it.The interesting thing in how the industry has evolved is that the finance industry has caught up with how to best attack it. There was a period in the industry, in my experience, where banks just did some affordable housing because it was [part of the Community Reinvestment Act] and because they had to. We have been able to demonstrate that you can do good and do well. You can develop a profitable line of business by supporting affordable housing, and certainly at Freddie Mac, that is what we’ve done. So not only is it consistent with our mission and who we want to be, it’s also a stable, growing, profitable platform that’s returning a benefit to the taxpayers.

Do you think that was a misconception previously, the thought that you couldn’t be profitable in affordable housing finance?

I think the industry needed to evolve to get to a point, we needed a more complex product set. At  Freddie Mac, our business model is to be able to lay off risk so you have to educate investors and we’ve successfully done that. Twenty five years ago the capital markets weren’t there; the deals were more reliant on public capital so it was harder to find a role for private capital at scale.

What drew you to Freddie Mac?

It was an exciting opportunity to expand a business that I’m passionate about. And there’s a great deal of support for innovation and support to invest in the business. When I was considering the opportunity, [Freddie Mac President] David Brickman and I were talking about the vision for it and it was clear that Freddie Mac was positioned to invest in the long term, in terms of building Targeted Affordable Housing as a business.

How would you best describe your role?

I run three vertical businesses; our targeted affordable Optigo network, which is a network of 17 lenders; a structured finance business that is focused on targeted affordable housing in seasoned portfolios; and I run our Low-Income Housing Tax Credits (LIHTC) equity platform.

We had record volume. We produced a total of $8.1 billion in new financing plus $499 million in LIHTC equity, so both of those constitute record years on the debt side. On the equity side, we re-entered the business after being out for 10 years. A large part of what we do preserves affordable housing but LIHTC investing helps us advance and create new units. At a certain point housing affordability is about supply, so we’re really excited to be back in the equity investing business because that helps us to increase the supply.

Why is now the right time to re-enter?

It was an opportunity for us to further our mission—invest in new affordable units—but also make money doing it in driving down our tax liability. It was important for the market because our goal is to provide liquidity, stability and affordability to the residential market, and  in the last 10 years there have been two major disruptions in the LIHTC market—first in 2008 and then following the last presidential election when there was a lot of uncertainty around tax rates; what is generally a very stable market became unstable very quickly. The LIHTC is the most important subsidy for affordable housing in the country and if we’re true to our charter of providing stability, we need to provide it when that subsidy is on its ear.

Was it an easy transition back into the space?

No [laughs]. It took effort and investment and lots of people. To do it well it takes expertise in a number of different platforms. Not just production and underwriting, but also legal and accounting and tax and asset management. It took a lot of effort.

What do you attribute the increase in originations to?

It was a good year for the market and interest rates stayed generally low [although] they popped up a little bit at the end. You can cut the targeted affordable market into two segments; Preservation—the refis or acquisitions of properties that have been affordable for a period and just need new capitalization—and then deals that are getting new allocation of tax credits. The latter is about 30 percent of what we do, the former 70 percent. The new tax equity business has actually shrunk over the last couple of years but while it’s shrunk overall our market share has grown. The preservation business has grown over the past couple of years but our market share growth has outpaced the growth of the general market. When we think about development, I’m always conscious of the public-private partnerships that our deals are. The public side of that partnership is free money so our product set always has to be sympathetic to the free money. The better job we can do in advancing products that help borrowers get more out of that subsidy, the better we’re doing our job. That’s a key driver of our growth.

Which markets are the most underserved in terms of affordable housing supply?

If you’re a low-income person it’s wherever you live. The easy ones to point to are the highest barrier-to-entry markets in the country where job growth is most robust and housing prices are highest—so that’s New York, San Francisco, L.A. That said, there are many markets throughout the country—including many that you think of as more affordable—that are suffering because of lack of supply. It’s a need just about everywhere.

What’s the biggest headwind to growth for targeted affordable housing?

What’s drawing investors to the space?

It has a fantastic track record of operating history, so credit quality has been fantastic. As other parts of multifamily have experienced increasing liquidity it’s an area that maybe hasn’t seen as much so it’s a growth opportunity for institutional investors. I don’t know what’s the chicken and what’s the egg—is it the institutional money that’s driving the portfolio trades or is it the portfolio trades attracting institutional money? It’s probably a combination of the two.