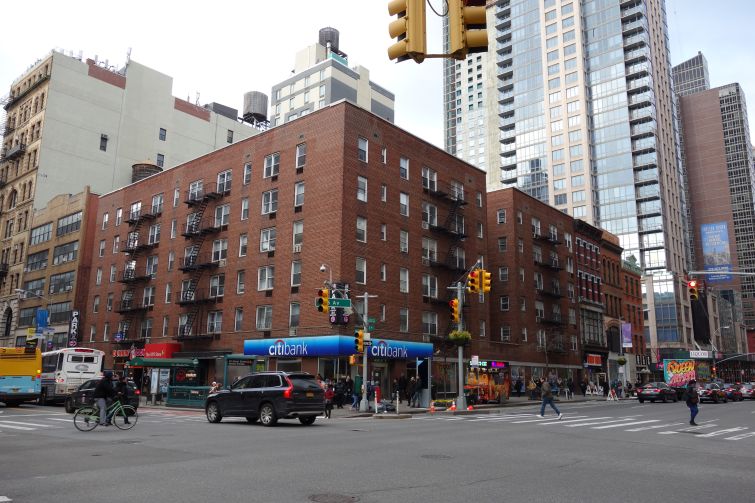 Avenue of the Americas and West 23rd Street. Photo: Wikicommons

CapitalSource has furnished a $36.7 million construction loan to fund the building of a residential condominium project in Chelsea, Commercial Observer can exclusively report.

The three-year loan, made to developers Pan-Brothers Associates and Valyrian Capital, comes with two one-year extension options, according to a spokesman for JLL, which brokered the debt. JLL’s Jonathan Schwartz, Max Herzog, Brett Rosenberg and Chris Byrns worked on the deal for the Chicago-based real estate giant.

CapitalSource’s funding will support a project to build a 15-story condo building with 30 units at 128-130 West 23rd Street between Avenue of the Americas and Seventh Avenue. The project, which replaces two low-rise apartment buildings, will join a block that is home to a diverse group of retailers, including a French bakery, several gyms, an art gallery and a pair of bank branches. The new building will have its own retail space, as well as a fitness center for residents and a rooftop terrace.

Schwartz said that the developers’ track record in the city—and the bustling neighborhood surrounding the property—made the project an easy sell to lenders.

“Pan-Brothers and Valyrian have extensive experience developing residential real estate,” he said. “Flatiron [District] and Chelsea have emerged as two of the most sought after neighborhoods in Manhattan, with a thriving arts scene in Chelsea and a growing list of dining and nightlife options in Flatiron. This new project is uniquely positioned between both of these exciting neighborhoods.”

Pan-Brothers, which works out of offices nearby, owns four buildings on the block of West 23rd Street between Fifth Avenue and Avenue of the Americas, in addition to a portfolio that includes properties elsewhere in Manhattan, in Brooklyn, and in cities as varied as Columbus, Ohio and Rancho Cordova, Calif. Valyrian, from offices in New Canaan, Conn., has stakes in buildings throughout New York City, as well as properties in Connecticut, in San Antonio, Texas and in Boynton Beach, Fla.

Representatives from the firms didn’t immediately respond to inquiries.

Patrick Crandall, a CapitalSource lending executive, said that though market conditions have the bank eying undue risk, the condo project’s metrics persuaded his bank to cut a deal. The lender is a subsidiary of Pacific Western Bank.

“At this point in the cycle, we are very selective on the projects we pursue, especially when it comes to condos,” Crandall said in an email. “This location, price point, and sponsor check all of the boxes for us, and we look forward to seeing the project come to fruition.”

Manhattan’s weakening condo market has echoed in declining prices for Manhattan apartments, as per data from Douglas Elliman—with the median sales price for the fourth quarter of 2018 dipping just below $1 million. That marked an 11 percent decline from the prior quarter, and the lowest level since late 2015. Units have been taking longer to turn over as well: Typical apartments were lingering on the market before finding buyers for about 225 days at the end of last year, compared with less than 200 days in 2017.