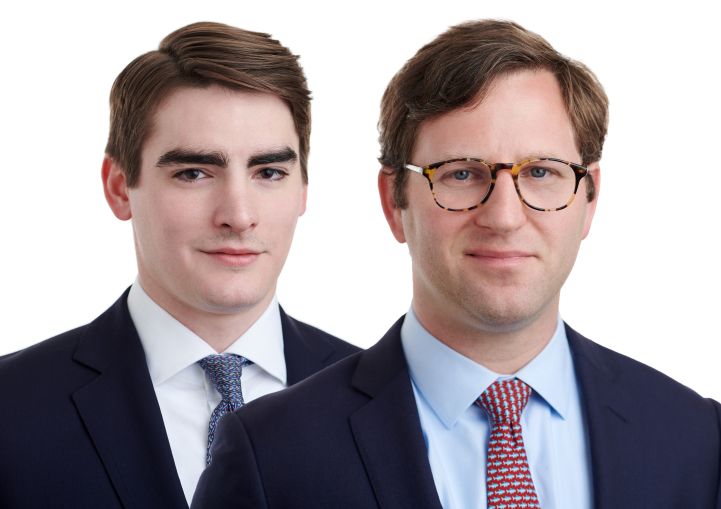 John Leslie, 35, and Patrick Rhea, 26, have joined ABS Altman Warwick as a senior managing director and a director, respectively, and will advise clients of ABS Partners as well as their existing client rosters. They will work alongside Altman Warwick’s co-managing partners, Brian Warwick and Robert Altman, who agreed to bring their firm Altman Warwick under the ABS Partners umbrella in May 2017, as CO exclusively reported.

“Brian and I had been trading notes and they were looking to scale up the Altman Warwick business, and that’s something I was very excited about,” Leslie told CO. “We felt it was a great fit.”

The move comes after the October 2018 additions of husband-and-wife Eastern Consolidated co-Founders Peter Hauspurg and Daun Paris as partners in ABS following the pair closing the doors on their renowned brokerage shop that July, as CO exclusively reported. Peter Takiff, who served as the CFO of Eastern, also joined Hauspurg and Paris as a senior member at ABS.

Hauspurg said in a statement that “[Leslie] and [Rhea] are both high-caliber brokers who did great work at Eastern.”

Warwick hinted in a statement that the firm will continue to add to its team this year as it grows its business.

Leslie and Rhea’s experiences together date back to 2015 at Cushman & Wakefield, when Leslie, a director, hired Rhea out of college as an associate and analyst. They both moved on to Eastern’s capital advisory group in November 2017, with Leslie joining as a managing director and Rhea as an associate  director. Last year, taking into account Eastern shuttering, the two sourced around $250 million in deals across the country.

“I sort of bothered him until he relented and gave me a job at [C&W],” Rhea said jokingly. “[John’s] been my mentor and has been leading the way.”

Later that month, Altman originated a $51 million loan from MetLife Investment Management to Pergament Properties to refinance its 360,000-square-foot Pergament Mall at 2795 Richmond Avenue in Staten Island, N.Y., as first reported by CO.

As for ABS Partners, its portfolio comprises 84 investments in 96 properties, across all asset types, located throughout 10 states—although 52 of the 96 properties are in Manhattan.