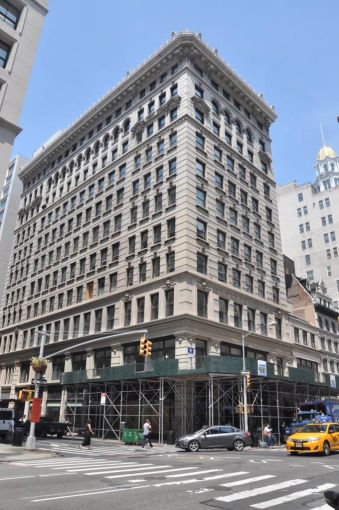 Barings, a subsidiary of Massachusetts Mutual Life Insurance Company, has provided ABS Real Estate Partners with $85 million to refinance 13 condominiums within its office building at 162 Fifth Avenue, according to records filed today with the New York City Department of Finance.

The 30-year, fixed-rate and self-amortizing loan carried an interest rate of just over four percent, according to information from ABS. The debt refinanced previous acquisition and construction financing from M&T Bank and J.P. Morgan Chase since the building was first acquired in 1998. The refinance included a new, $10 million gap mortgage. The deal was signed for on Sept. 24 and officially closed three days later.

“By capitalizing on an exceptionally flat yield curve, we were able to provide the borrower with the benefit of a 30-year, fixed-rate loan for essentially the same price of a 10-year loan” Brian Warwick, Co-Managing Partner of ABS Altman Warwick, the capital advisory arm of ABS, said in a statement. “By having the loan maturity match both the Simon’s lease term and borrower’s long-term hold strategy, we were able to eliminate future interest rate risk and protect the property’s in-place cash flow, resulting in the optimal financing structure for the borrower.”

Built in 1930, the roughly 150,000-square-foot building is located between West 21st and West 22nd Streets in Flatiron. It stands 11 stories and comprises just over 120,500 square feet of office space and almost 12,000 retail square footage, according to CoStar Group.

In May 2016, the Simons Foundation, a mathematics, life science and autism research organization, inked the entire office portion of the building, as Commercial Observer reported at the time. Founded by hedge-fund mogul and mathematician James Harris Simons and his wife Marilyn Simons, the foundation had planned to renovate the whole building, as well as the property’s 86-year-old lobby.

The organization recently expanded its footprint in the area at its headquarters at RFR Holdings’ 160 Fifth Avenue, as The New York Post first reported in August. The organization purchased the 150,000-square-foot space at the building for about $185 million—around $1,500 per square foot. Simons had already leased close to 76,000 square feet of office space at 160 Fifth Avenue, as per the Post’s report.

Aside from Simons, a Chase Bank branch is currently housed in the roughly 12,000-square-foot ground floor retail portion of 162 Fifth Avenue, according to CoStar Group.

A spokesman for Barings did not return an inquiry. Officials at ABS could not immediately be reached.

Update: This story was updated to include additional financing details and a quote from ABS Real Estate Partners.