Yard Sale: The Garment District Becomes a Force to Be Reckoned With 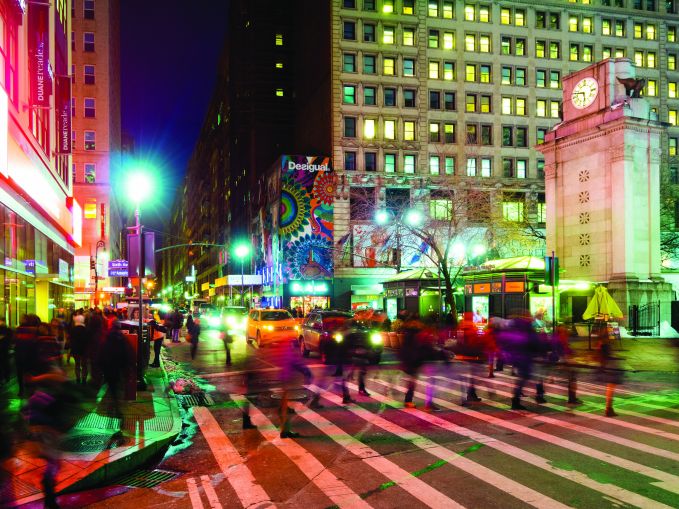 The Garment District has been something of an anomaly in Manhattan: a central business area trying to hold on to an era when manufacturing was a dominant force in the city’s economy.

But a new rezoning plan passed on the last day of the City Council’s 2018 session could change the face of the Midtown South neighborhood—if more slowly than some expect—paving the way for more nonprofits, tech startups and fashion creators moving into the area by loosening a 1987 regulation which requires building owners to preserve industrial space at a one-to-one ratio with converted space.

A spokesman for Council Speaker Corey Johnson told Commercial Observer they expect the district to remain “the center of the city’s fashion economy,” with continued manufacturing, fashion showrooms and design offices.

Apart from tax incentives, the city is also looking to help a developer acquire a building dedicated to fashion manufacturing by offering to invest up to $20 million toward the purchasing cost.

Landlord Eric Gural with GFP Real Estate, who owns three buildings on West 37th and West 39th Streets within the Garment District, said changes to the neighborhood were inevitable and unavoidable even with protective zoning.

“All the law said was you couldn’t convert the space to office space. But that didn’t mean you had to have an apparel manufacturer as a tenant,” said Gural, who is taking part in the IDA program and has about a 50-50 split between tenants in the apparel business and other industries.

The landlord added that some building owners had been unfairly maligned by opponents of the rezoning plan as the reason garment manufacturing was leaving the district.

“The question is, if people are so upset about the garment center being impacted negatively, why doesn’t the fashion industry still make their clothes in New York City? The fashion industry made no commitments to [manufacturers]. So if the revenue is zero it doesn’t matter what the rent is.”

While some manufacturing is preserved, Gural said some businesses in neighboring areas could start to lease additional office space in the Garment District.

Paimaan Lodhi, a senior vice president with the Real Estate Board of New York and an expert on land use and city planning issues, agrees that some manufacturing will remain, but sees new businesses being attracted to the area’s more affordable rents.

“All this does is lift the restrictions on fashion manufacturing,” Lodhi said. “Manufacturing can remain, but it’s a lot more likely that you’re going to have these spaces converted into Class-B office space where nonprofits are going to come in, [as are] tech startups.”

“We’ve actually seen a lot of interest from the life sciences,” Lodhi added. “They’re all growing industries that want to be in New York City. The Class-B office stock is very limited, but it’s important to new companies coming into the city because it offers lower rents, but also there’s some appeal to the older look to these spaces. It depends on what these businesses are looking for.”

Indeed, several owners said rents in the district have been artificially held down in the area for decades because of the zoning restrictions. Some side-street manufacturing spaces still go for more than $20 per square foot per month. Average rents in side-street buildings including office space can go for up to $55 per square foot, according to the Garment District Alliance, and $70 per square foot in some avenue buildings.

Lodhi added that while some owners will keep their buildings as Class-B properties, some will upgrade their spaces—especially given the historic nature of the loft-style buildings.

“It just makes more sense for them to invest in their property, turn them into Class-B office space and attract new types of tenants,” Lodhi said. “It’s a prime location. We’ve seen it before in NoMad. The formula is there.”

Most of the loft-style buildings in the district were erected in the 1920s when manufacturing was still booming in the city. The area’s proximity to multiple subway lines and Penn Station made it attractive for business owners looking to get workers in and goods out.

Manufacturing began to decline rapidly in the 1970s after production started to move south and then overseas due to global economic changes.

By 1995 there were still about 64,000 workers in the neighborhood. That has dwindled to about 136,000, with just about 4,400 in apparel manufacturing, according to Garment District Alliance President Barbara Blair.

While Blair sees new business being attracted to the area, she does not expect much new building there.

“There’s not going to be any large-scale development like there has been in every single district contiguous to the Garment District in the City of New York,” she said. “To a degree you’re releasing existing space into the marketplace to legitimize uses there, but you don’t have a scenario where there’s going to be big development or buildings are going to be taken down or anything like that.”

Blair added that some of the owners who upgrade their office spaces could demand up to $70 per square foot if the buildings are on the avenues, properties have already seen a boom in small nonprofits with around 20 employees or fewer.

Apart from nonprofits, she has seen a lot of tech firms, media companies and advertising businesses move into the district in recent years.

The area could also start to become more attractive to tourists.

She added that those travelers combined with new office workers could also lead to a demand for more street-level retail, restaurants and bars.

“We’ve had many, many restaurants, including on the side streets, that have opened up,” Blair said. “We have 16 rooftop bars now in hotels. If you came out of your office 15 years ago after 6 p.m., literally every retail [store’s] shutter was down.”

While the mix of business slowly changes in the area, one immediate benefit could be building owners being less reluctant to fix up their spaces for fear of running afoul of zoning regulations.

“What we’re hoping happens is those owners on the side streets really invest in those buildings: lobbies, air systems, elevators, entrances—that kind of thing—so that we more appropriately blend into the general central business districts of the city scape,” Blair said.

While new businesses move in and some manufacturing is preserved, there is still the fear the area’s historic nature will evaporate.

Lawyer Alan Behr, whose family owned the regional department store Krauss Company in New Orleans and represents major fashion brand designers as the chairman of the fashion practice at Phillips Nizer, said that while global forces inevitably move manufacturing elsewhere, the district will continue to be a nexus for creative workers.

“Losing manufacturing in a place where electricity costs are high, where getting things on and off an island can be challenging is not necessarily the end of fashion in New York,” Behr said. “It simply means that if the factories go to Brooklyn, [who cares]? What’s important is that you retain the concentration of talent and the concentration of the buzz, the activity, the creative force in the Garment District.”

“The spaces are nice. You can bring in a photographer and set up your seamless cloth and do a whole shoot in the room. You can make samples,” Behr added. “There’s never been a problem in New York City repurposing space.”

Regardless of what new business come in, the character of the district will not change overnight.

“I have tenants that still have five-plus years on their lease in manufacturing and I’m going to extend their leases now as part of the [IDA] program,” Gural said. “But this idea that suddenly the garment center is dead or was going to be overrun or was going to go away was sort of ridiculous. That was a political statement—that was not a factual statement.” 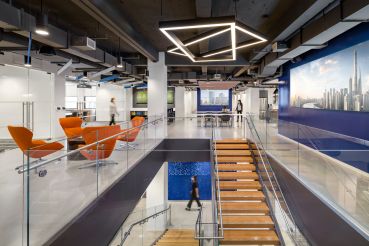