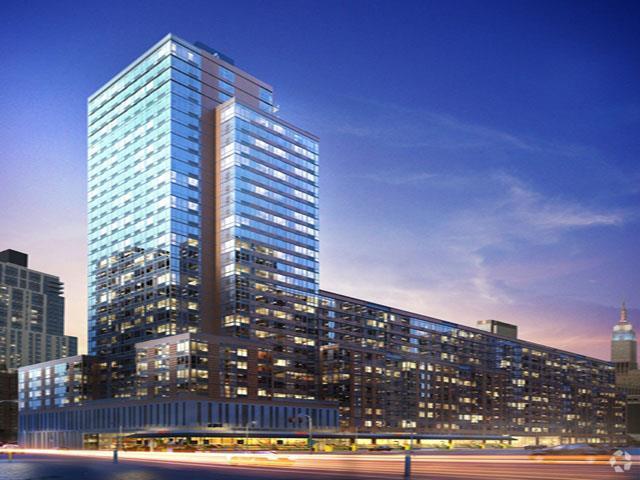 Wells Fargo has contributed a $150 million mortgage to refinance an AvalonBay Communities‘ apartment building in West Chelsea, according to property records.

The building, at 525 West 28th Street, is known as AVA High Line. AvalonBay developed the building but sold an 80 percent stake in the portfolio the building was part of to Invesco late last year, according to Nasdaq.com.

Avalon retains a 20 percent interest in the properties and manages them, and an Avalon officer, Joanne Lockridge, signed the mortgage paperwork. The holding company to which the mortgage was credited, AVB West Chelsea, has an address at AvalonBay’s headquarters in Arlington, Va.

The 405-unit building includes studios and one- and two-bedroom apartments with in-unit washers and dryers—405 apartments in all. Guests have access to a rooftop deck, a patio and lounge and a bike storage space.

The most recent leases signed in the building, which date from January 2018, per StreetEasy, closed at prices ranging from $3,090 per month for a studio to $7,908 for a two-bedroom.

A spokeswoman for Wells Fargo didn’t immediately respond to an inquiry, nor did representatives for AvalonBay.