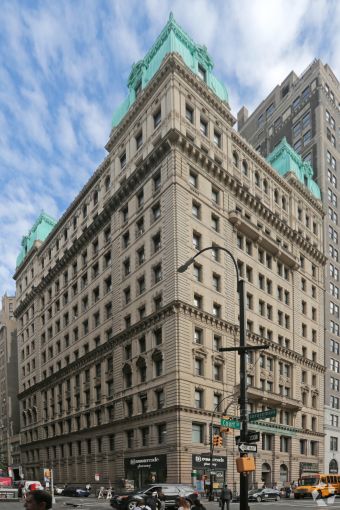 A spokesman for the brokers said the asking rent was typical for retail in the neighborhood, which is in the $150s per square foot.

Michael Dubin and Hector Rodriguez of Savitt Partners handled the deal for Columbia Care while Joseph P. Day handled it in-house with Craig Berman. Berman did not immediately respond to a request for comment.

“Columbia Care experienced a great reception from the community when it opened its first location in Manhattan and was welcomed by the ownership of 44 Court Street,” Rodriguez said in a statement. “As the medical cannabis industry has evolved, more and more communities have welcomed companies like Columbia Care that provide a vital service to patients.”

Columbia Care opened the first medical marijuana dispensary in Manhattan in 2016 at 212 East 14th Street in Midtown South, CO previously reported. The dispensary, which grows its weed in Rochester, N.Y., also has a location in Long Island, N.Y.

Gov. Andrew Cuomo signed a bill making medical marijuana legal in the state in 2014, with the first dispensaries opening in 2016, forcing landlords and brokers to take a crash course in the logistics of hosting a dispensary, as CO reported.

Columbia Care’s location—the second dispensary in the borough after Citiva in Park Slope, Brooklyn—will offer consultations with pharmacists and home delivery options, according to Savitt Partners. It plans to open in the third or fourth quarter of this year.