Under Construction: The Falchi Building in Long Island City 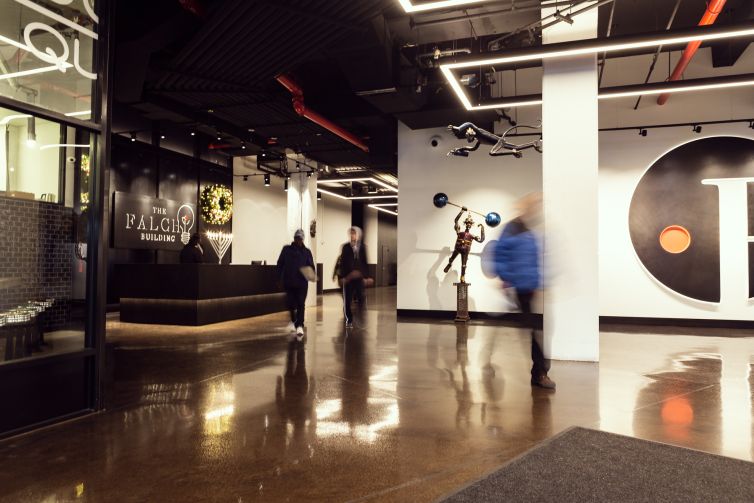 The lobby of the Falchi Building in Long Island City has been updated with new floors, a new security desk and whimsical metal sculptures. Photo : Emily Assiran/For Commercial Observer 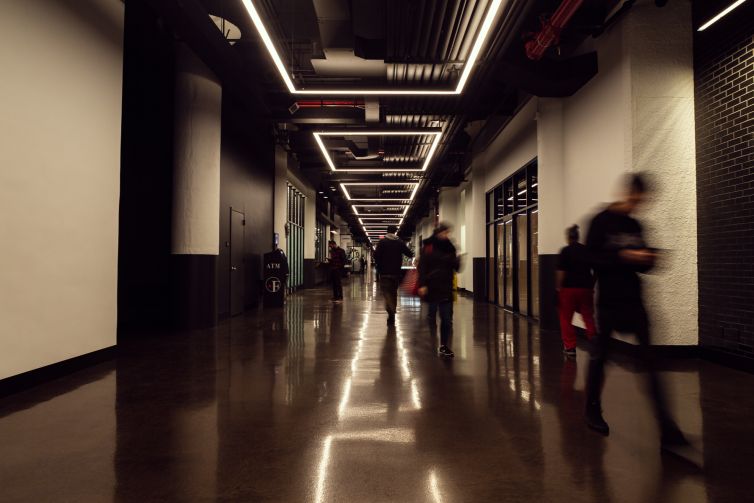 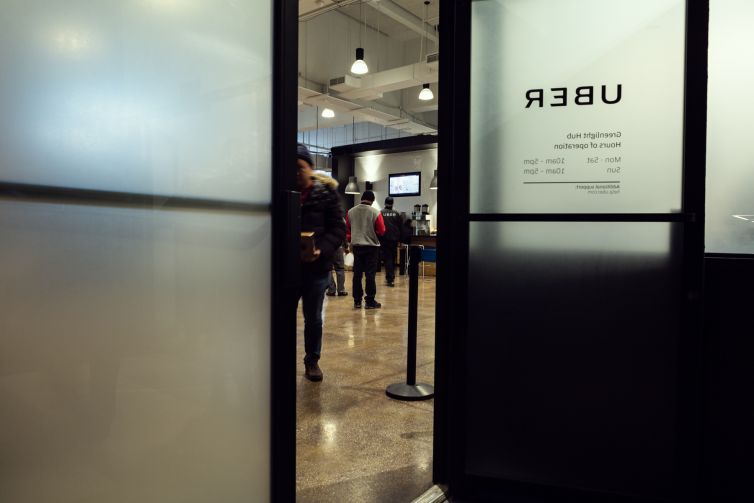 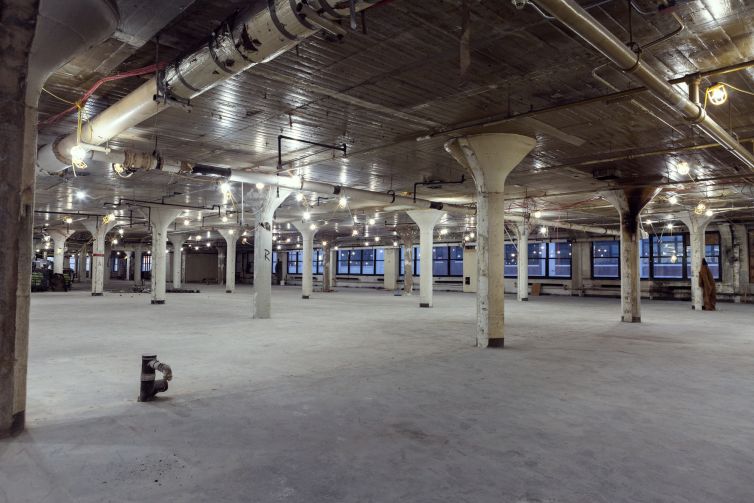 The top floor of Falchi has 90,000 square feet of open space that was recently vacated by a jewelry maker. Photo : Emily Assiran/For Commercial Observer 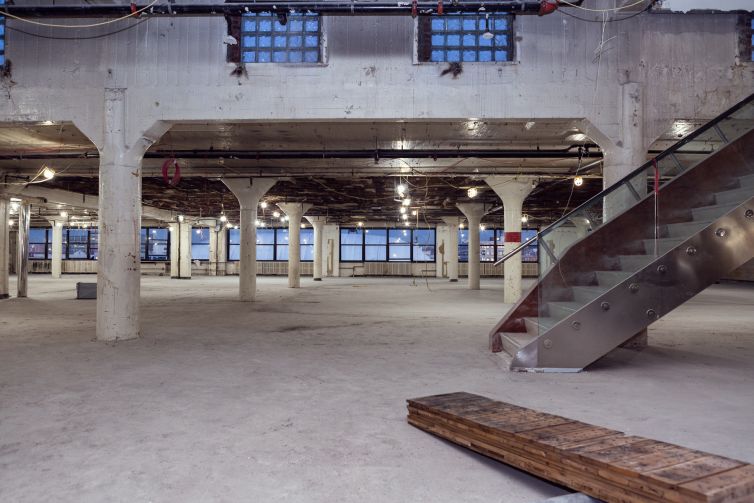 The huge, partially vacant top floor also has a 3,000-square-foot penthouse, accessed via the stairs on the right. Photo : Emily Assiran/For Commercial Observer
Previous Next

The block-long Falchi Building in Long Island City, Queens, was originally constructed as a warehouse for Gimbels department store in 1922.

But it’s been decades since the building held clothing, furniture and toys. These days it’s home to office tenants like the New York City Taxi & Limousine Commission, Uber, Lyft and watchmaker Tourneau, as well as production facilities and retail operations for Juice Press and Doughnut Plant.

Jamestown renovated the 736,000-square-foot building at 31-00 47th Avenue into offices after purchasing it from Chetrit Group for $81.2 million in 2012. It brought in a number of the aforementioned tenants, but the lobby and common areas were still a little rough. When Savanna bought the six-story property for $258 million in December 2016, it embarked on a $20 million renovation to upgrade the lobby and the building infrastructure. The landlord fixed up the generator, staircases, fire alarms and other building-wide systems necessary to earn the property an office certificate of occupancy.

Savanna hired its artist-in-residence, J.J. Verones, to create playful metal sculptures for the lobby. Architecture firm Spector Group designed a renovation for the space that features Stonhard epoxy flooring, rectangular light fixtures, an accent wall with LED backlighting and a steel reception desk. For tenants, the company added a new seating area with Wi-Fi, new bathrooms and nine millwork-clad kiosks with food vendors. Half the kiosks, including a coffee shop, pizza-maker Stolle Pies and Chick-fil-A, are permanent. The other half offer a daily rotating selection of food sellers curated by meal catering service Fooda, which also allows customers to order food for pickup using its app.

Mitch Arkin of Cushman & Wakefield, whose team has handled office leasing at the building for six years, estimated that Savanna’s improvements had increased rent growth at Falchi by 10 percent.

“When [Jamestown] bought the building, they only marginally did work there because they weren’t sure of the rent growth,” Arkin said. “Savanna realized there was room for rent growth there if they made it a modern Class-A office building with the floor plates of a large warehouse.”

The addition of several food options in the lobby, plus the existing storefronts for Juice Press and Doughnut Plant, has helped draw prospective tenants as well as passersby to the property.

“In Long Island City, it’s hugely popular,” he noted. “People come from other buildings” to eat at Falchi. Some of the building’s tenants come with built-in foot traffic, too. TLC, Uber and Lyft all operate their driver service centers in the property, which means that hundreds of drivers pass through every day to renew their insurance, visit eye doctors or negotiate the city’s taxi-related bureaucracy.

Andrew Kurd, a managing director at Savanna, estimates that the company has inked 40,000 square feet of new retail and office leases since acquiring Falchi two years ago. The owner is currently marketing 150,000 square feet of office and retail throughout the building. Asking rents for office space are in the low to mid-$40s per square foot, and retail rents range from the mid-$40s to mid-$50s.

When tenants take advantage of city tax credits, the rent is a deal, said Kurd. “When you layer in the REAP [Relocation and Employment Assistance Program] benefit for tenants who relocate from Manhattan or outside of New York City to Long Island City, [the tenant could save] $15 to $20 a foot,” he said. “The net rent for the tenant is a great value play especially for the building they’re moving into.”