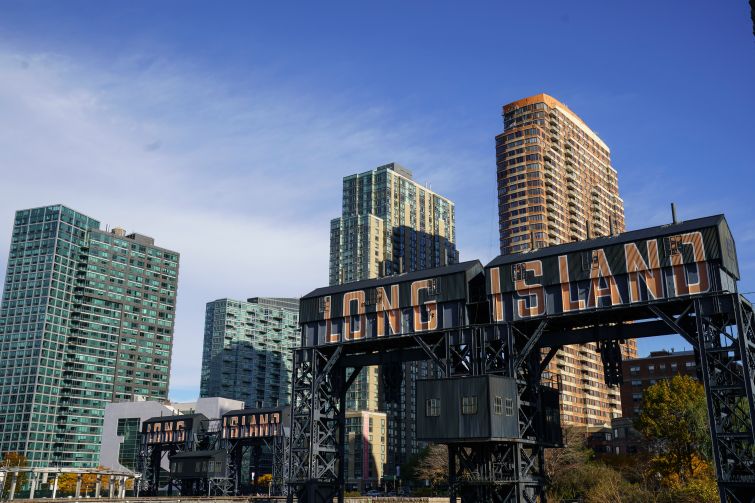 TF Cornerstone has sealed $707 million in financing from the New York City Department of Housing Preservation and Development for the construction of its mixed-use assemblage in the Hunters Point neighborhood of Long Island City, Queens, a spokeswoman for HPD confirmed.

Funding for the debt came from Wells Fargo, JP Morgan Chase, M&T Bank and PNC Bank, a source close to the transaction said.

The debt, which closed on December 26, 2018, is split between two adjacent projects. First, at 52-03 Center Boulevard, property records shows that the HPD deal recycles $123 million in prior debt and adds roughly $234 million in additional funding, split between some debt that will back housing revenue bonds issued by the city agency and another portion of non-bond financing.

To facilitate the bond portion of the debt on that building, HPD and TF Cornerstone also joined in a $173.3 million agreement to divide the planned 535-unit complex into five condominiums, representing groups of apartments, sets of parking spots and an 8,071-square-foot commercial space that the property will include. As different phases of the construction are finished, portions of the $173 million agreement, known as an enforcement mortgage, will be knocked aside by debt secured by the newly completed building components.

Second, at an adjacent 394-unit building at 52-41 Center Boulevard, lender and borrower reached a similar arrangement around a $158 million debt package. Just as at the first tower, this debt package too is accompanied by an enforcement mortgage—in this case, for 86.6 million—that will be executed against different components of the construction, treating blocks of apartments and commercial space as five separate condominiums.

Along with its apartments, the building will have 850 square feet of ground-floor retail space and a 7,950-square-foot day care facility.

TF Cornerstone filed permits between October 2017 and February 2018 for the two mixed-use towers, designed by ODA Architecture. The full assemblage will include almost 1,200 units, 720 of which will be reserved for lower-income residents. Another 100 will be dedicated to affordable independent living units for seniors. TF Cornerstone acquired the site at 52-03 Center Boulevard in 2013, for an undisclosed sum. The planned building is expected to host nearly 780,000 square feet of space, New York YIMBY reported.

As part of the development deal, a new public park, Hunters Point South Park, adjacent to the site has already been completed.

“Today marks a critical milestone in advancing Hunters Point South, a full-service community anchored in affordability and economic opportunity that is transforming the landscape of Long Island City, Queens,” HPD Commissioner Maria Torres-Springer said in an email. “With the beautiful new park now complete and a 572-seat city school in the works, this latest phase marks another significant investment in the future of this community.”

“Closing on our Hunters Point South site is a great milestone for Queens and TF Cornerstone. We’re proud to advance this development that responds to the needs of the community and addresses the greater affordable housing needs of the City,” Jake Elghanayan, a principal at the firm, told Commercial Observer.

Even before Amazon announced late last year plans to open a major headquarters there, Long Island City had already become fertile ground for new skyscrapers as densely built as some cities’ central business districts. As part of its plans there, Amazon will lease 1 million square feet at One Court Square, which in 1990 was the first major commercial building to go up in the neighborhood, with Citigroup as its anchor tenant. TF Cornerstone will develop a portion of Amazon’s new headquarters, a source with knowledge of the arrangement told Commercial Observer.

Today, major commercial denizens of the western Queens district include JetBlue, Brooks Brothers and the New York City Taxi and Limousine Commission, which has also attracted Lyft and Uber offices to the neighborhood, all within the Falchi Building. Those firms’ employees rub shoulders with well-heeled residents who’ve taken up digs in the neighborhood’s plethora of high-flying new rental buildings and condominium towers.

This story has been updated to reflect more debt related to the project that appeared in property records after the story’s publication and to include the consortium of lenders who provided said debt.