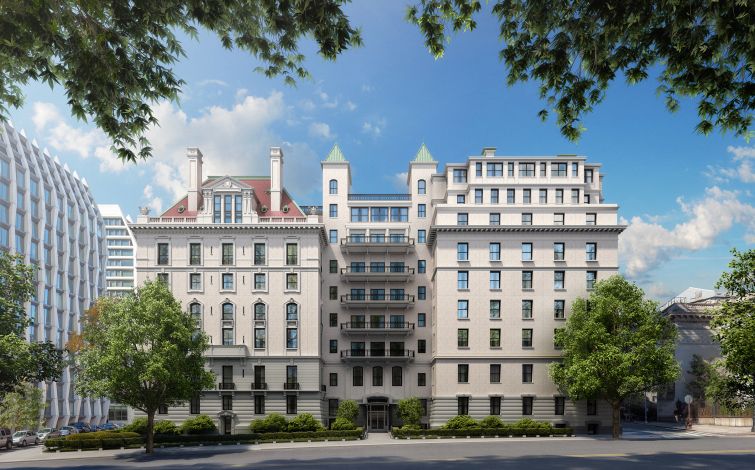 Michael Shah’s Delshah Capital has closed on a $34 million piece of financing for the conversion of a former hospital in Morningside Heights, Shah confirmed to Commercial Observer.

Shah purchased the assemblage of five landmarked Beaux-Arts medical buildings at 30 Morningside Drive in 2016. He plans to transform what was once the St. Luke’s Hospital into luxury rental units.

Up until this point, Shah has financed the project, estimated to cost $250 million, with a combination of debt issued in Israel, EB-5 funds and a $130 million construction loan from Square Mile Capital. Now, the developer has closed a deal for $34.3 million from an unnamed investor that will utilize a federal tax credit program that helps subsidize the rehabilitation of historic buildings, according to documents filed with the Tel Aviv Stock Exchange. The identity of the investor was not immediately clear.

Under the structure of the deal, the investor will net lease the building for 27 years, so that the developer can pass on the tax credits to the investor once the building is completed, and has met the requirements of the federal program. The investor will pay $12 million in fixed base rent per year, and anything above $12 million in income will be split between the developer and the investor, at differing rates over time. The $34.3 million will be dispersed over time, beginning with $2.6 million at the signing, and the remainder tied to financing and construction milestones.

The project includes five buildings between West 113th and West 114th Streets, which will be combined under the address 30 Morningside Drive. Four nine-story residential buildings will be converted to 205 rentals. The fifth building, which sits at the center of the complex and was once a carriage house, and will be transformed into an amenity center serving the four buildings.

The first two buildings are nearly complete, and should be ready for occupancy in the spring of this year, Shah said, and the remaining two should come on line by the end of 2019.