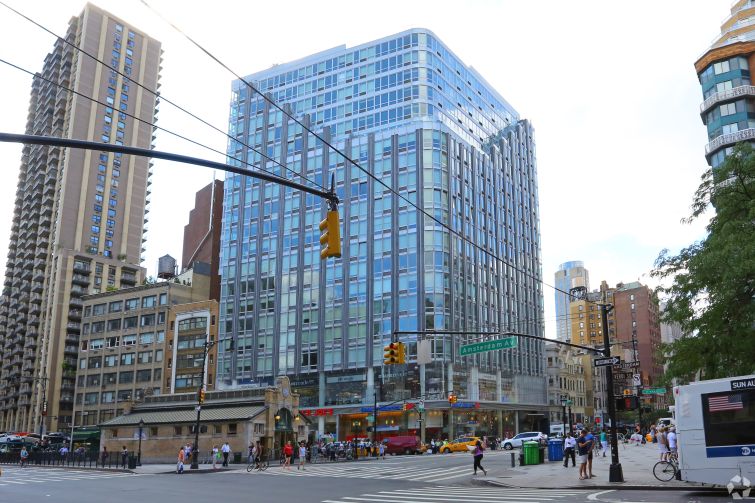 Following a slew of large out-of-town loans in recent months, Big Apple-based KKR Real Estate Finance (KREF) turned its attention back to the home front in December with a $204 million loan to finance Centurion Property Investors‘ purchase of an Upper West Side apartment building, according to property records.

The deal, which closed on December 20, supported Centurion’s acquisition of 200 West 72nd Street, a large-scale rental tower known as The Corner, previously owned by teachers’ pension fund TIAA. The KREF debt refinances $158.9 million in previous debt, which was assigned to the lender from Citibank, and adds a $53.9 million gap mortgage, a $27.4 million building loan and an $18 million project loan. That tally represents 90 percent leverage against the $227.2 million that Centurion laid out in the acquisition.

A spokeswoman for KREF did not respond right away, and no one answered a call to Centurion’s phone line.

The Gotham Organization developed the 196-unit property, designed by Handel Architects, in the late 2000s before its 2010 opening. TIAA took it over six years ago with a $209 million price tag, and its sale to Centurion late last month represents an 8 percent markup. Andres Escobar did the interior design.

Throughout the autumn a steady stream of renters signed leases in the building, which spans the west side of Broadway from West 71st Street to West 72nd. A third-story studio went for $3,693 per month in November, , according to data from CityRealty, and someone agreed to rent a one-bedroom unit on the 17th floor for $7,618 last month.

Renters at the 251,000-square-foot structure get access to a fitness center, a rooftop garden and a full-time doorman.

The deal represents a return for KREF to its home turf after a set of big loans in other markets late in 2018. In November it financed a pair of Florida multifamily projects with $285 million in debt, and in October the debt platform lent $265 million to back a pair of Seattle office buildings.