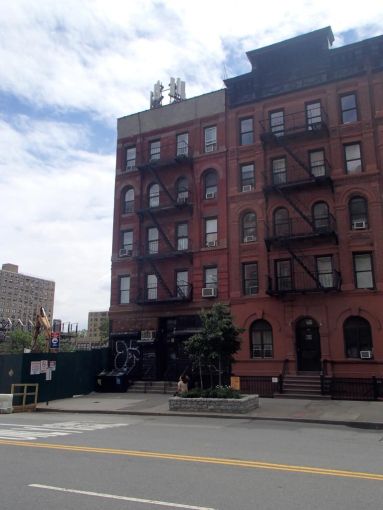 The owner of the famed Second Avenue Deli, Jeremy Lebewohl, has filed a $10 million lawsuit alleging that his five-story East Village residential rental building has sustained damages by the construction of a neighboring development, court documents show.

Lebewohl claims in the Manhattan Supreme Court suit that Opal Holdings’ work on its 15-story mixed-use project still under development at 644 East 14th Street cracked the interior and exterior walls of Lebewohl’s 642 East 14th Street and caused metal doors inside to be inoperable.

“[Opal’s] illegal and improper excavation, dewatering and negligent placement of the piles has caused and continues to cause vertical and lateral movement of and damage to [Lebewohl’s] building,” Lebewohl’s lawyer, Eli Raider, said in court documents. “As a result of [Opal’s] development, [Lebewohl’s] building suffered permanent and significant damage.”

The suit claims that the building needs “far in excess of $1 million” for repairs and asked for no less than $10 million in damages from Opal.

Rabsky Group bought 644 East 14th Street between Avenues B and C in 2014 for $15 million and demolished the one-story auto garage on the site to make way for the firm’s first Manhattan development, The Real Deal reported. It then sold the property for $23 million two years later to Opal.

New York City-based real estate investment firm Opal is planning to build a 50-unit mixed-use building on the site, according to a blog post from CityRealty. There will be retail and a five-story community facility at the base with rental apartments above.

The legal issues commenced when Opal began excavating and installing the foundation for its development, according to the suit filed on Jan. 22. Opal tried to cut costs by driving the piles for the foundation too close to Lebewohl’s long-held residential building which damaged the wall and ceilings, the suit claims.

Overall, Lebewohl—the owner of two Second Avenue Deli outposts in Manhattan—said the construction put cracks in 642 East 14th Street’s cellar, shifted the rear facade of the building letting water in, cracked the walls and stairways, caused separation between the walls on the first floor and damaged the bricks of the building.

“The north (front) facade of [642 East 14th Street] has experienced damage at every floor level because of [Opal’s] development and cracks are observable in the masonry facade and through windowsills and headers,” the suit alleges.

The damages caused Lebewohl to get a violation from the New York City Department of Buildings in August 2018 for “failure to maintain building code compliant.” The violation was resolved after Lebewohl made DOB-requested repairs, a spokeswoman for the agency said.

Aside from the cash, Lebewohl asked that Opal completely stop construction until 642 East 14th Street is repaired and a risk assessment is finished.

Lebewohl—owner of two Second Avenue Deli outposts in Manhattan—declined to comment for the story. Raider and New York City-based real estate investment firm Opal did not respond to requests for comment. It’s unclear who is representing Opal in the case.