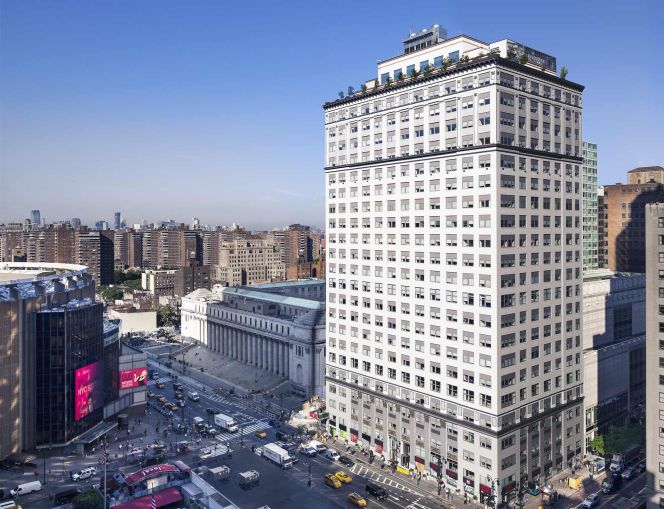 The 130-year-old company signed a 10-year lease for about 30,000 square feet in the 26-story building on Eighth Avenue between West 33rd and West 34th Streets, per a press release from the tenant. HLW will occupy the entire fifth floor of the former Printing Crafts Building. The asking rent wasn’t immediately clear.

The move, the company said, is to provide its staff with a “more personal and flexible experience in an agile, amenity-rich environment.”

“This strategic move is part of the firm’s larger commitment to scalability, establishing a new model for our workplace,” Edward Shim, a principal and managing director at HLW’s New York office, said in prepared remarks.

“Following a thorough market analysis and complex negotiations, we completed a transaction that will fuel HLW’s next chapter of growth,” Schmall said via a company spokeswoman. “5 Penn Plaza’s central location, rich creative history and newly modernized design and infrastructure are a perfect match for HLW’s culture, brand and business operations and will serve as the ideal new home for the organization.”

HLW will move to the new digs in June.