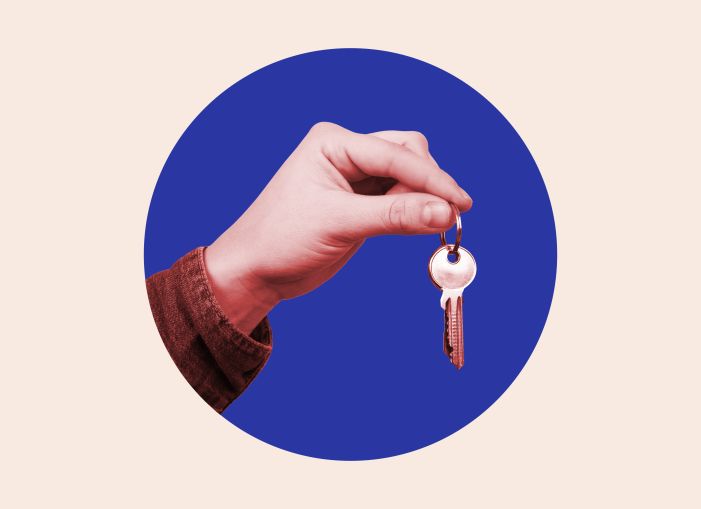 As furloughed federal employees go, Nikita Avdievitch has been as lucky as they come.

The geologist, 27, works for the National Parks Service, monitoring air- and water-quality equipment in California’s Yosemite National Park. Like other workers deemed inessential, he’s been cut loose since the partial government shutdown began just before Christmas—which, in his case, has meant lots of skiing, reading and Netflix.

But unlike the vast majority of his 800,000 federal colleagues who are going without pay, Avdievitch hasn’t had to worry about appeasing his landlord, because his landlord is the federal government, too. He lives in a government-owned apartment building near the park’s western boundary in El Portal, Calif., and in normal months, the government simply deducts rent from his paycheck.

During the shutdown—at press time, well into its 34th day—his otherwise blank paystubs have reflected a credit for his usual housing expenses, indicating a reprieve when it comes to many federal workers’ foremost furlough-related anxiety: making rent.

“I recognize my situation to be on the luckier side of what people are experiencing,” Avdievitch said. “But there’s a camaraderie to the frustration, whether it’s affecting me or not.”

It’s unclear how many government employees live in housing provided to them for work. A spokesman for the General Services Administration, which manages federal real estate, said that each agency manages housing for its workers independently. But a good portion of the nation’s 8,000 diplomats—many of whom work at embassies overseas—live in quarters provided to them, for instance, as do thousands of active-duty soldiers and their families who live on military bases in America and abroad.

Those workers largely share Avdievitch’s good fortune: a State Department spokesman, reached by email, assured Commercial Observer that housing allowances for overseas workers aren’t in jeopardy during the government stoppage. (The Department of Defense didn’t respond to an inquiry.)

But for the most part, unpaid federal workers have been left to their own devices to make rent until their paychecks resume. (Back-pay will be included, thanks to a measure the president signed earlier in January.) To those unfortunate employees, the federal government has not offered much assistance beyond written advice that they could perhaps barter for reduced rent by offering to do maintenance chores.

And their obligations add up to serious money. Joshua Clark, an economist at HotPads, which lists apartments for rent, estimated that federal workers owe $189 million in rent per month—in addition to about $250 million in monthly mortgage debt. Of the 800,000 workers not being paid, about 134,000 rely on their government check to pay rent for housing, Clark found—a bleak prospect at a moment when 52 percent of renters say in surveys that they wouldn’t be able to cover an emergency $1,000 expense.

Luckily for feds, however, a growing number of landlords public and private have found their way towards helping residents who are feeling the squeeze. State and local governments’ low-income housing programs, for example, have made a point of easing the rent burdens of denizens who work for the federal government—a move that, it couldn’t hurt to point out, emphasizes the local agencies’ pragmatism against a backdrop of a stubborn federal impasse.

Baltimore’s housing agency helps fund housing for 162 federal workers through a voucher program, where it pays private landlords a portion of those residents’ monthly rent. The agency’s payments are continuing throughout the shutdown, according to the Baltimore Sun, but it has asked landlords to forgo billing those workers for their share until the government reopens.

In addition, 64 federal employees who live in Baltimore city-owned public housing are being spared eviction threats. (A spokeswoman in the New York City mayor’s office didn’t respond to an inquiry about how the Big Apple is treating federal workers who live in its public housing.)

Now, with private landlords eager to lend a hand—or generate warm publicity—a growing share are joining in to pledge that furloughed federal-employee tenants won’t be on the hook for rent until they get their next paycheck.

Earlier this month, members of a large federation of single-family landlords, the National Rental Home Council, offered rent relief to tenants who work for the government.

“Going without a paycheck for nearly a month can be an incredibly stressful experience for American working families,” home council President Kevin Baldridge said in a statement. “We are deeply committed to helping all of our residents impacted by the government shutdown.”

But independent New York City multifamily owners are jumping into the rent concessions game as well. After a U.S. Customs and Border Protection employee reached out to landlord Benedict Realty Group to ask for an extension on his rent, the company, which owns a portfolio of buildings mainly in Queens and the Bronx, made leniency a company-wide policy.

“Of course we said yes,” Daniel Benedict, the firm’s president, explained. “Whatever tenants are affected, we should be proactively telling them that they should not be facing the pressure, while they’re not getting paychecks, of having to pay rent.”

At least several other tenants in the company’s 75 New York City-area buildings have already taken Benedict up on the offer, which the landlord insists is motivated above all by doing right by his renters.

“A lot of people are going to work and not getting paid, and they’re doing work that all of us are benefiting from,” Benedict said. “It’s the right thing to do.”

But offering concessions could also make simple economic sense to landlords, according to Clark. Beyond the vitriol owners would incur from booting unlucky federal workers, evictions are expensive, he said. What’s more, finding a new tenant can take months—especially in a national rental market that has lost some steam.

“If you have a legally savvy tenant, the tenant can start a discovery process and really drag the whole thing out,” Clark said. “Then, if you manage to get the person out, there’s the fact that units have been staying on the market longer. We’ve been seeing a slowdown in the growth of rental prices. That’s obviously a cost.”

Other businesses that sell essentials—most notably, restaurants—have also heeded the call to help federal workers with freebies. José Andrés, a chef who has led efforts to feed people affected by natural disasters in the Caribbean, has propelled an initiative on social media for restaurants to give federal workers free food. His charity, World Central Kitchen, has opened gratis eateries in 17 states, Puerto Rico and, of course, Washington D.C.