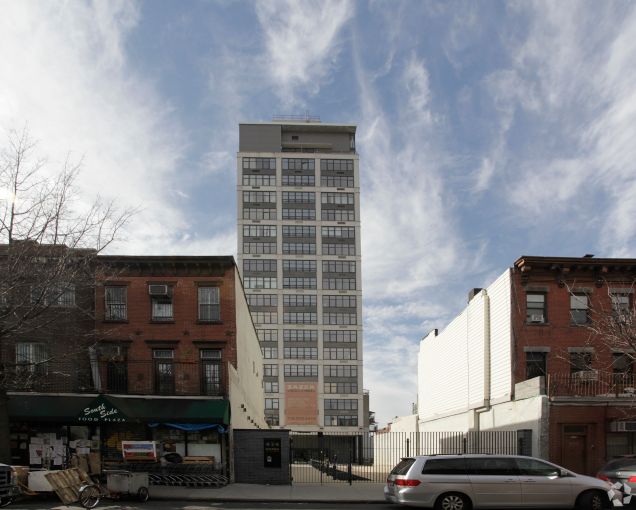 The 20-story building, at 424 Bedford Avenue between South 8th and South 9th Streets, changed hands in a deal that marks Global Holdings’ entree into the rental market. Previously the firm, which also develops and manages hotels and office buildings, had limited its residential work to the condominium apartments trade.

Ofer’s firm took on no new financing for the deal. But a spokesman told CO that Global Holdings will retain Fannie Mae-backed leverage on the property that was first extended to a prior owner— Michael Zazza‘s Zazza Development Group—by Arbor Commercial Funding in 2012. That loan, for $26.9 million, transferred to a new owner, East End Capital, when it bought the building from Zazza for $41 million five years ago. East End is the seller in Global Holdings’ acquisition.

“We are excited to launch our U.S. multifamily platform,” Ofer said in a statement. “As a long-term investor in prominent real estate, we plan to bring significant improvements to the property, cementing its status as one of the premier multifamily apartments in South Williamsburg. We also look forward to growing our multifamily investments, and see 424 Bedford as an excellent first chapter in our efforts to develop a best-in-class portfolio of multifamily rental apartment buildings.”

With the pickup, Global Holdings kicks off its portfolio with a 66-unit building that also includes a gym, a rooftop deck and 24 parking spots for residents.

424 Bedford marks a new look for Global Holdings not just because it’s a rental building. It’s also the first residential effort in Brooklyn for a firm that had previously focused its New York multifamily work on Manhattan condo buildings, such as 15 Central Park West and 520 Park Avenue. The company’s office and condominium portfolio also includes projects in San Diego, Denver and Washington, D.C., with more holdings in London, Amsterdam and Monaco.