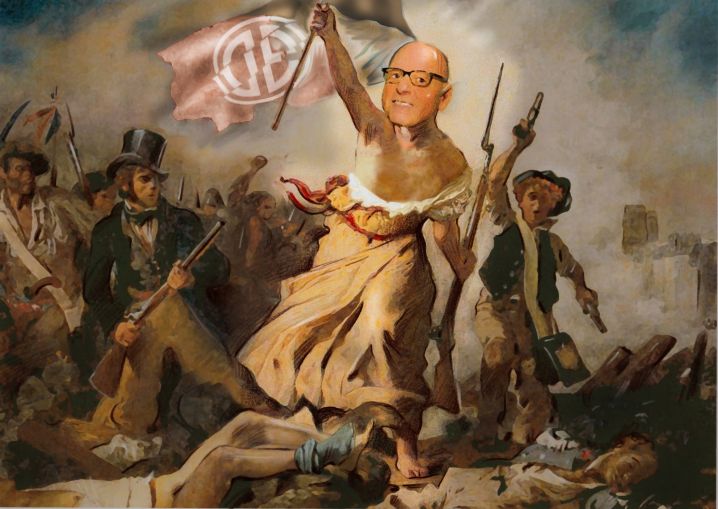 The Real Estate Board of New York “exists primarily to serve the large commercial property owners. Period. There’s no other way to frame it.”

“[A lot] of REBNY’s income is paid by residential agents, yet all the people that control it are property owners,” he continued, asking for anonymity so as not to generate animosity from landlord clients.

It’s not a new grievance, but it’s one that stepped into the limelight last October when Howard Lorber, the chairman of Douglas Elliman, “stormed out” of a top-level REBNY meeting, according to The Real Deal, apparently upset by REBNY’s alleged favoritism toward the commercial side of the business. He subsequently told the publication: “When you look at the dues paid by the residential side and what the residential side gets compared to the commercial side, it’s not a fair allocation of revenue and expenses.” (Lorber declined to comment for this article.)

REBNY has approximately 17,000 members, 14,500 of whom are on the residential side and 2,500 of whom are on the commercial side, a REBNY spokesman said. Some members fall into both categories, he said, like developers. The real estate industry is predominantly comprised of residential agents, although the Department of State, which regulates the industry, could not provide such a breakdown of the state’s 26,022 brokers and 37,609 salespersons because “one license type issued…permits the holder to engage in commercial and residential transactions.”

Specific complaints about REBNY provided to Commercial Observer include its failing to protest the Department of State’s stripping of agents’ corporate titles in 2014; not lobbying Congress on behalf of real estate agents as it relates to the new tax code; not providing standardized measurement for all properties including outdoor spaces; and failure to include agents in discussions about residential-related matters like the year-old shared listings system for residential agents and brokers called the REBNY Listing Service, or RLS.

The RLS, launched in summer 2017, is too little too late, one residential brokerage head said.

“They have been trying to put together a residential [multiple listing service] for 15 years. It will do nothing because Zillow is too powerful.”

It’s not that REBNY hasn’t taken up causes on behalf of residential agents; in addition to creating the RLS, REBNY’s efforts have included protesting StreetEasy’s Premier Agent feature with letters to the Department of State, creating a universal co-broke agreement to share listings within 24 hours, and agent poaching.

But that’s not enough, some residential agents claim. In November 2018, a month after Lorber’s walkout, a handful of the city’s most successful residential agents formed NYRAC to advocate for the elevation of the professional and ethical standards of residential real estate brokers. (To get into NYRAC, agents have to maintain a minimum of $10 million in sales annually for the last five years.) Critics called the group elitist with its $10 million mark, but 150 agents thus far have applied and the organization is processing the applications, according to Leonard Steinberg, a broker and the chief evangelist at Compass and one of the founders of NYRAC. NYRAC also just hired a full-time director.

Nikki Field, an associate broker at Sotheby’s International Realty and a member of NYRAC, commended REBNY for its continuing education for agents, its access to information and the RLS. But, Field said, agents and brokers could have more of a voice within the organization. So, part of NYRAC’s mission is “making sure we are heard at REBNY,” she noted. The organization has already had an official meeting and some informal discussions with REBNY.

Last month, in a possible move to address this problem, REBNY increased the dues for commercial brokers and property owners.

“I’m not sure what the backstory is, however I’m concerned that increasing their rates 20 percent, [which] is onerous, will hurt the very people they are meant to protect,” one commercial broker said. “[For] the agents and brokers-, this was not a good year for them. I assume the thinking is that commercial brokers make more money so they can afford to pay a higher rate.”

John Banks, the president of REBNY, said the organization is fair in it efforts.

“We love and do the best we can for all of our members, whether it’s commercial or residential, and you know it is something that you try to balance when you have an association. And what I can say, without hesitation, is I am confident we are doing that and that we constantly try to do that. Is there room for improvement in both areas? Absolutely.”

Not all residential agents and brokers contend that REBNY is favoring the commercial side of the business.

Diane Ramirez, the chairman and CEO of Halstead Real Estate and co-chair of the board of directors for REBNY’s Residential Brokerage Division, said that she wouldn’t say, “Howard’s opinion is wrong,” but she finds REBNY to be “very fair-minded.” She added: “They very much know our needs and the staff is very attentive to us.”

One high-level investment sales broker said that, because of the inherent differences between the commercial and residential sides of the industry, REBNY needs to focus more on commercial matters as there are many more such issues to address. At the same time, he said, “REBNY has been very sensitive to the issues impacting the residential side of the business.”

On the commercial side, for example, there are more broad-reaching issues with tenants, unions and multifamily apartment buildings such as commercial rent control and rent regulations, the broker said.

And the residential brokerage head concurred that while REBNY does seem more commercial-focused, “The amount of business they generate for REBNY and the involvement of owners and brokers is more serious.”

He noted that REBNY’s focus makes sense given that the commercial side is “run more like a business,” while the residential firms are beset with big “personalities and drama.”

The notion that there are many clear-cut issues that impact only one segment of the business is erroneous, according to Mary Ann Tighe, the CEO of the New York tri-state region at CBRE and a former REBNY chairperson.

She pointed to the RLS and all of REBNY’s continuing education programs for brokers and salespersons as evidence of what the organization does for agents and brokers on both sides of the business.

“I think the idea of it being an owners’ organization misrepresents what the Real Estate Board does,” she said. “Anything that impacts the intrinsic value of real estate impacts everyone in the industry.”