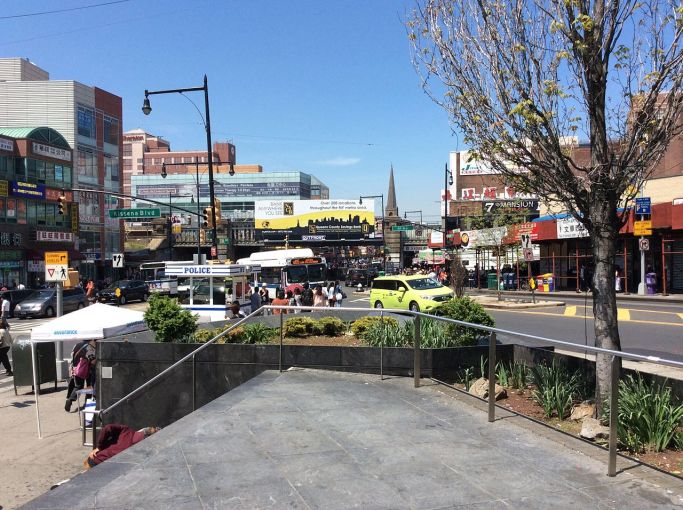 An intersection in Flushing. Photo: Wikicommons

A New York City development company has lined up $75 million in construction financing for a mixed-use project on Northern Boulevard in Queens, according to property records.

The loan, provided by Shanghai Commercial Bank, looks set to fund the build-out of a residential and retail project at 144-51 Northern Boulevard, in Queens’ Flushing section. The developer, Hung & Chong Real Estate, bought the site two and a half years ago for $36 million—with the help of a prior $23.4 million loan from the same institution.

The financing, which closed on Jan. 18, included $55 million building loan and a $20 million project loan.

About three miles east of LaGuardia Airport across Flushing Bay, the site is a good hike beyond the last stop on Flushing subway line. But the lot’s location along a thriving commercial boulevard—along with zoning rules that allow up to 90,000 square feet of development—made the property a desirable pick-up in 2016. That year, the $400-per-buildable-square-foot price tag made it one of the priciest commercial acquisitions in the borough, according to Commercial Real Estate Direct.

Representatives for HCRE, which owns the entity through a subsidiary called CW Northern, could not be reached. But a rendering on the developer’s website shows a broad stretch of glass-draped retail frontage along Northern Boulevard, topped by a slimmer residential tower with about a dozen stories of apartments.

HCRE is also at work on a 92,000-square-foot retail-and-condominium building in Flushing Meadows, at 131-05 Fowler Avenue. In Manhattan, it’s the company behind two recent commercial conversions: a condo building at 78 Ridge Street on the Lower East Side, and a mixed-use building along Canal Street in Soho.

Shanghai Commercial Bank did not immediately respond to a message.