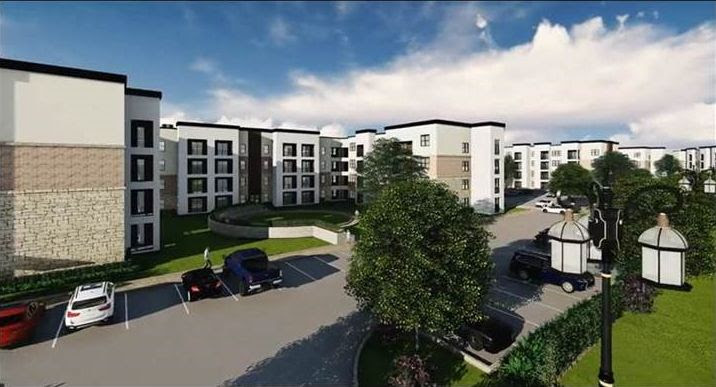 A rendering of the project in Garland, Texas. Photo: The Carlton Group

Floridays Development has landed a $35.6 million loan from Orix to develop a multifamily project in a suburb north of Dallas, according to The Carlton Group, which brokered the deal.

The Garland, Texas construction project, known as Northside at the Woodlands, will bring a high-end 300-apartment development to 4221 Arapaho Road in the thriving suburb, which abuts Lake Ray Hubbard about ten miles from downtown Dallas. Apartments on the 15-acre lot will range from 580-square-foot one-bedroom units to three-bedroom floorplans as large as 1,250 square feet.

A Floridays representative did not immediately respond to inquiries about the project’s construction schedule. The company’s website said that occupancy was planned for sometime in 2017, a target that has obviously lapsed.

The deal’s financing leverages the development project up to 85 percent of its projected cost, implying a $41.9 million valuation. Steven Weiss, a Carlton executive who led the deal, said that earning that proportion of debt on a ground-up construction project can be a challenge.

“The client [was able to] replace more expensive mezzanine or preferred equity with much lower cost first-mortgage proceeds in the capital stack,” Weiss said. “We were able to structure the transaction as a whole loan…[whereas] normally you need complicated inter-creditor agreements between two parties to accomplish the same leverage goals.”

Floridays, an approximately thirty-year old firm based in Sarasota, Fla., has worked primarily on hotels and resorts in its home state. But prior residential projects include apartment developments and subdivisions in Florida and Georgia.

The Garland project brings the developer to a burgeoning hub for data operations. Digital Realty Trust, a real estate investment trust that develops technology infrastructure, is building a 64-acre data-center campus in the city, a $1.4 billion investment. A competitor, RagingWire, already runs a big data center elsewhere in Garland.

Representatives for Orix and Floridays did not immediately respond to inquiries.