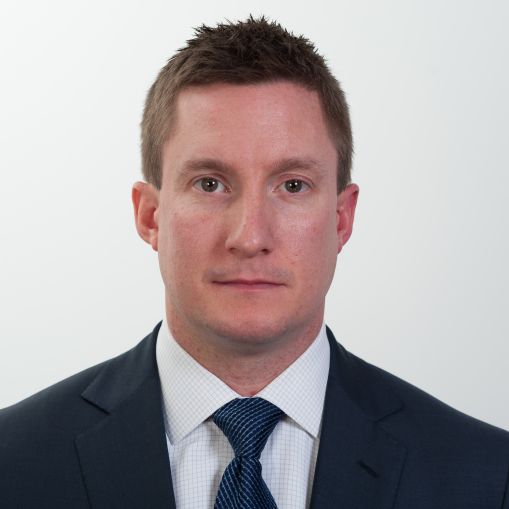 From navigating $500 million CMBS loan workouts, to arranging an upsized $647 million debt package for Industry City and everything in between, Iron Hound is an industry force to be reckoned with. Often tasked with tackling the market’s more complex, hairier deals, Chris Herron is in the trenches on a daily basis, assisting borrowers in complex restructurings as well as debt and equity placements from coast to coast.

Recent debt deals include a $375 million loan from AIG to refinance Moinian Group, Chetrit Group and Minskoff Equities’ 500-512 Seventh Avenue and a $360 Deutsche Bank loan for Clipper Equity’s Tribeca House while recent restructurings include the $124 million loan on Metropolitan Square office skyscraper in Saint Louis, Mo. on behalf of The 601W Companies.

Commercial Observer caught up with Herron last month to hear what’s keeping him busiest at the moment and his perspective on the evolution of the CMBS market.

Commercial Observer: Which side of Iron Hound’s business is busiest right now—restructuring or debt and equity placement?

Chris Herron: I think 2018 will be the last year that our activity was split 50-50. We’re nearing the end of the CMBS 1.0 legacy deals that are being worked out and so 2019 is the year we’ll see our debt and equity business dominate. Pending any disruption we’ll be 75-25 in terms of debt and equity placement compared with restructuring work.

Debt and equity placement is a crowded playing field. What’s your competitive edge?

We’re typically a little more involved in a deal from start to finish—the expectation is for us to be involved in the solicitation process but also to take a look at loan documentation and make sure that everything that was negotiated in a term sheet makes it through to the loan documents. We’re very good at that because we’ve worked out over $30 billion of problematic CMBS over our careers. We were also lenders first and involved in identifying and fixing issues that came up, which lets us look at deals through a different lens.

Where did you get your industry start?

I grew up in the Washington, D.C. area. I went to Bucknell University in Pennsylvania [studying business and finance] and moved back home post-college in pursuit of an ill-fated attempt to play baseball. I was still figuring out what I wanted to do when 9/11 happened, so the prospects I had at the time evaporated. Through a mutual connection, I was told to call a person I hadn’t met before; [Iron Hound Principal] Rob Verrone. Rob was at First Union at the time, which was very much on the upward swing of the momentum it was gaining in the CMBS world.

What was your role there?

First Union’s [2001] merger with Wachovia wasn’t complete so the formalized hiring programs weren’t in place yet. I came in as the fourth analyst in the CMBS group and did everything from working on CMBS data tapes to being an underwriting analyst for originators. Wachovia was starting to do a lot of business in New York at the time and the first mezzanine positions were being sold in deals—like 1185 Avenue of the Americas— so it was an interesting time to be starting out. I moved to New York in April 2003 and Rob followed in August. One of the first larger transactions we worked on that summer was the G.M. Building [financing] for Harry Macklowe. That was an interesting deal, they even wrote a book about it [laughs].

How was that experience?!

At the time nobody appreciated its significance, because the deal was a whirlwind from the start and we had more work to do than we had hours in the day. The joke that we had on our side was that it was the best deal we never did; we got all of the press for it with none of the risk, because ultimately Deutsche Bank came in and closed it out from underneath us. But it showed the market we were able to do larger transactions and the rest is history. From 2003 to 2008 [Wachovia] went on to lead the CMBS league tables in originations.

How did Iron Hound come about?

From 2003 until 2008 the world was good, then the market deteriorated. We started Iron Hound [in 2009] with intentions to represent lender clients and help them navigate problems coming down the pike with their loans. We had intended to raise money to buy distressed assets but the capital raising marketplace was non-existent at that point. So, we ended up in an advisory role, at first working with clients that we knew very well and then—as our reputation built—we began to fan that net out even further, making new relationships.

What was the most common client request in the downturn?

The balance sheet workouts at the beginning of the downturn were resolved in an expeditious way because you were sitting across the table from the person who made the loan or the asset manager responsible for it. But, it took everybody the better part of two and a half years to figure out how to complete CMBS workouts with special servicers involved. Once it became an everyday interaction it became easier to navigate those waters, but it isn’t the easiest model in the world to insert yourself into and begin to understand how it works. There were a lot of issues in CMBS 1.0 that were corrected in CMBS 2.0 and 3.0, but any time you have an independent third party servicing a loan there’s going to be an education period if there is a problem with it. And in CMBS it’s a multi-layered problem because any issue has to go through the master servicer before it can even be addressed by the special servicer.

How has the CMBS sector evolved since then?

Over time I think borrowers have come to understand that they need to be proactive if there is an issue and the special servicers and master servicers understand that they can’t leave [decisions] until the end. Loans have to go to the special servicer in advance of a default. We did a workout on the $500 million Citadel Center in Chicago [in 2016] and I believe it was the largest workout of a performing CMBS loan at the time. We were in special servicing 18 months prior to what was the proverbial going over the cliff—which was [tenant] Seyfarth Shaw leaving the building and signing a lease at Willis Center—in order to get out in front of these issues. Today, those that  are making waves in the industry are demanding transparency and better service, but I don’t think anyone at the special servicers does anything with malicious intent. Very often they have a tremendous amount of stuff on their desk and many fires to attend to, and some fires are hotter than others.

What are some of the recent problems you’ve seen in CMBS loans?

CMBS 2.0 and 3.0 problems are just beginning to trickle in now. The majority of the problems that we’ve seen with certain assets have been tenant-related; either tenants are downsizing significantly or leaving a market entirely. We haven’t seen any poor underwriting standards lead to workouts the way they did in the first go around; it’s been a result of physical occurrences at the property. It’s no secret that the retail sector is having some issues. If you lose a 50,000-square-foot grocer tenant there may not be other tenants in the market to fill that space, so you have to break it down into two or three units and that’s a different feel for a center.

How competitive is CMBS as a financing source today?

The CMBS market has gotten very competitive over the past few years. In the last cycle as that space got as competitive, you saw loans make their way into fixed-rate securitizations that shouldn’t have been in those deals. The reason for that was how competitive the market was, how cheap fixed-rate borrowing was and the prevalence of interest-only loans on almost every deal. Assets that weren’t quite stabilized were able to get into fixed-rate securitizations and ultimately that probably wasn’t the right decision for a number of assets. Right now, with how much debt fund and floating-rate capital has been raised, I think people have been much more inclined to take advantage of that space and those deals have gotten uber competitive—especially since some of those group have been able to further lay off some of their own risk with collateralized loan obligations. That naturally leads to a more competitive environment and is also something to keep an eye on as that space gets overheated.

Are the debt markets in a healthy place overall right now?

I think so. It’s a very good time to be a borrower, which means it’s a good time to be in the chairs that Rob and I sit in. Every client should be taking advantage of what is a very competitive marketplace right now. At the end of the day, what causes problems in the debt markets is if underwriting fundamentals go out the window. That’s what led us down the path that we went down in 2008. But I still think today those fundamentals are good from an underwriting perspective, in the majority of deals that we’ve seen.