CO caught up with Fogel at CREFC's Miami 2019 conference 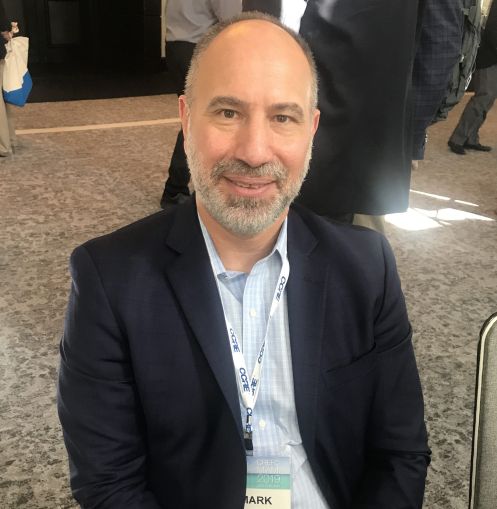 Westbury, N.Y.-based ACRES Capital is in growth-mode, nearly doubling its staff over the past year and expanding its national footprint with a new Chicago office. Commercial Observer sat down with ACRES CEO Mark Fogel at the CREFC Miami 2019 conference earlier this week to see what’s driving the bulk of its lending activity.

Commercial Observer: What’s been keeping you busy at ACRES Capital?

Mark Fogel: We spent the better part of last year raising money in order to increase our penetration in the middle-market debt space. We raised about $1 billion from a variety of sources; we have an on-shore debt fund, an offshore debt fund and we have balance sheet capital, which has been put together using preferred equity and senior debt plus partners capital. Then, we also have our managed accounts with insurance companies and private equity funds. So when you put it all together it’s $1 billion of fresh capital ready to put into the market this year.

Typically $5 to $50 million but our sweet spot is $25 million and we’re really going after transitional type debt—so situations where the property isn’t cash-flowing and it needs a heavy-duty facelift or a rehabilitation—where we’re turning an asset that has been bought at a very low basis in a very good location into something that really works in that marketplace.

How is the competition in the transitional lending space at the moment?

There are different levels of transition, so what is most competitive right now is light transition [properties]; where there’s cash flow but you need to make capital improvements to the property to make it a little bit better. That’s competitive because the collateralized loan obligation (CLO) market has been so strong to date, although it stumbled a bit in December. CLOs will accept assets that have cash flow and just need that little bit of transitional work, but what we’re financing is assets that can’t be put in CLOs. The yields are unleveraged and we don’t have a warehouse line provider. Not a lot of people want to put the effort and energy into doing a $25 million loan that requires a lot of work when you’re not getting the same type of yields that you might get in a CLO.

So why do you want to put the effort in?

Its more fun. I’m not a fan of securitization and I’m not a fan of warehouse lines. I [came to ACRES] from Arbor Realty Trust where I was the head of asset management at the worst point in history in 2008. I purposely stay away from any type of securitization or leverage situations where anyone else is controlling my destiny. When the money is on our balance sheet we get to decide what is going to happen to our asset if the worst case scenario happens in the marketplace.

And you can assess the risk up front, retain in and then manage it.

That’s exactly right and—because we don’t have a lot of competition—the yields are pretty good even without the leverage, so we’re getting between 12 and 14 percent returns on our loans.

Sound like the crisis put you off securitization. What was the No. 1 lesson you learned during that time?

Don’t lever your deals. It really is a matter of being able to sustain [your business] during a downturn, and you can’t sustain it when people are knocking on your door saying “pay me down.” You can live for another day when you control the asset and everything around it, when it’s just you and the borrower and nobody else is telling you to sell the asset or do something that will lose you money.

You just opened a Chicago office, why is now the right time for that expansion?

The Midwestern market is very underserved with regard to the type of lending we provide. In the middle of America you don’t have too many groups going after assets because they are tougher markets to understand than New York, Florida and some of the West Coast cities. We decided Chicago was a good home base; there are a number of good opportunities in Chicago in itself but were also targeting secondary cities like Columbus, Ohio, Indianapolis and Detroit—places where there’s a lot of opportunity and not many lenders like us.

How is the investor appetite for secondary markets?

Our capital understands that gateway cities have seen rising prices on assets that just don’t make sense any more. Everybody wants to get into the gateway cities but we’ve told them the opportunities from a risk-return perspective are better in the secondary cities. I’m not talking about tertiary markets, but places such as inner-city Indianapolis [Ind.] or inner-city Columbus [Ohio], which have really vibrant economies. Those economies have been underserved in terms of new supply, commercial assets have not been built. A lot of people are buying up older buildings in these markets and turning them into something better, and that’s what we [are lending on]. Banks can’t get into an unknown situations such as those; you’re betting on a sponsor and an asset and you don’t know what the cash flow will be until it’s built .

Which property types do you favor from a lending standpoint?

We like anything residential-related, so student housing and multifamily assets, but it has to be more ground-up opportunities in multifamily these days because the appetite is so big that rates are dropping to levels that don’t make sense any more. We’re doing a lot of ground-up student housing and ground-up hotel lending as well as some independent senior living—but not assisted living.

Are you finding that borrowers are executing their asset business plans on schedule?

We spend a lot of time understanding the sponsor’s timeline and we also meet with the general contractor to ensure they have the capability and the materials to get the project done on time. Two to three months is generally the [deadline] miss and that’s why we’ve built longer loan terms so if a borrower estimates a project will be done in 18 months, we will make the loan 24 months.

What are some of the market trends you’ve seen recently?

A lot of lenders that used to use to play in our space have geared themselves more towards the CLO market. They’re playing the leverage and financial engineering game, which is a very dangerous game. And what happens when the CLO market stops? Now they’re stuck, after transferring their whole business platform over to [CLO] lending it’s very hard to transition back out of the CLO market.

Where are you seeing pockets of distress in the market?

We tend to know what the trends are because we start to see more and more of an asset class in our deal flow when people turn off the spigot in these markets. So in New York we’re seeing 10 luxury condo deals a week because nobody else is making loans on condos. We’re doing a new deal on 28th street and getting in at $1,000 per square foot for our loan; the market right now is $1,800 a square foot, so even if there is a 25 percent softening in the market we’re still okay. When we look at condo deals we’re also looking at multifamily fall back rental value. That particular deal is in a very strong rental market, so even if [the developer doesn’t] sell the units they can rent the units instead and we’ll still do okay on our loan.

Any sense for where we are in the cycle?

You’re seeing softening in certain markets, but other markets are perfectly fine. You haven’t seen overbuilding or stupid lending like you saw in 2006 and 2007. Some loans may go sideways because they’ve been over leveraged but I don’t think there’s going to be the same crash we saw in 2008.