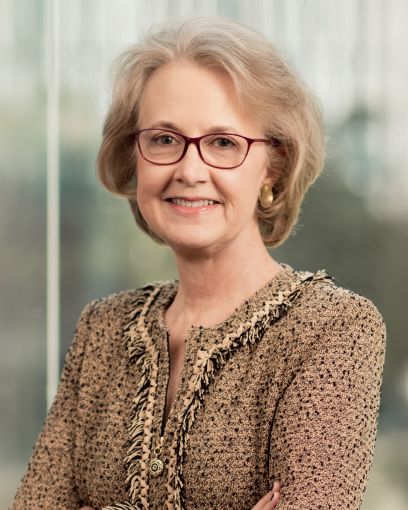 In the real estate world, plenty of pros are familiar with “3P”: public private partnerships. As a veteran real estate lawyer, Wendy White has conceived her own acronym for navigating the industry.

“I came up with E3—excellence, engagement and empathy,” said White, the chair of Goulston & Storrs’ real estate transactions group in Washington, D.C. “I want to do things at the most excellent standards possible—that is partly why I aligned with my firm. They produce excellent work and we make teams that produce excellent work for clients.”

E3 has been put to good use; over the past three decades, White has earned an impressive reputation for closing real estate deals such as joint ventures, developments, acquisitions, dispositions and financings of commercial properties.

Since joining Goulston & Storrs’ as a contract director on its real estate transactions in Washington, D.C. in 2016, she has represented clients including Lowe Enterprises, Skanska, Grosvenor Americas, Saul Centers and Bradley Holdings. Now the chair of Goulston & Storrs’ real estate transactions group in Washington, D.C., White’s  responsibilities vary due to factors like the size and complexity of the deal.

For instance, White was part of a team of Goulston lawyers that represented the Rockefeller Group Development Corporation in connection with its equity investment in a 50/50 joint venture with the Meridian Group that closed in August 2017. The deal, which White said was complex “with lots of moving parts,” involved the development of a $250 million, 4.2 million-square-foot project featuring a 19-story, Class A office and retail building in Tysons, Va. White led the drafting of the contribution and reimbursement and indemnity agreements while supporting her colleague, Tim Watkins, who took the lead on the joint venture, development management agreement and various related documents.

White also worked on another Rockefeller equity investment deal in partnership with Meridian Group, which closed in October 2018. A less complicated transaction, it involved securing financing for the redevelopment of 1901 L Street NW in Downtown D.C. White was responsible for negotiating a $137.2 million loan from AB Commercial Real Estate.

White is “the full package,” said Hilary Allard Goldfarb, a senior vice president at Rockefeller, noting that her counsel “is rooted in deep technical expertise and rounded out by straight-up pragmatism.” White “sweats the small stuff with extraordinary finesse,” Goldfarb continued. “She doesn’t just get a job done. She flawlessly executes.”

Andrea Anderson, Rockefeller’s in-house counsel in New York said White was “insightful, thoughtful and a pleasure to work with,” adding that when she finally met White in person “it was like I knew her because we worked so closely together.

White chose to pursue a career in law, earning her J.D. at the University of Miami School of Law, for financial stability and her preference for clear writing.

In 1981, White landed an associate position at Shaw Pittman (which later became Pillsbury Winthrop Shaw Pittman)—in D.C. There, she learned quickly what she did not enjoy about the practice. “A lot of kids who come out of law school think they want to be litigator, go to court and argue before judges,” White said, explaining her path to transactional law. “I tried that at Shaw Pittman but the litigation practice seemed to be more about avoiding the substance of every issue—you try to get cases dismissed or motions postponed or moved to a different venue. I really wanted to get to the heart of the matter and resolve it.”

She has grown to love that decision, in part, because of the bonds she’s formed. “Relationships have always been important to me and I’ve built meaningful relationships professionally that have turned into personal relationships—I’ve enjoyed that part of it a lot,” said White.

White climbed the ranks to partner by the time Shaw Pittman merged with Pillsbury in 2005. The new firm then elected her to its management committee, and she later became head of the D.C. real estate group.

“She is probably the hardest working person in real estate law that I know,” said Raymond Ritchey, a senior executive vice president at Boston Properties.

Ritchey and White met about 35 years ago. Ritchey was a budding developer at Boston Properties while White was a young attorney at Shaw Pittman. They worked on “several complicated acquisitions that involved notable families around Washington D.C.,” Ritchey said. She would turn around time-sensitive documents without breaking a sweat. “She’s almost like Wonder Woman in terms of cranking out work in very short time frames.”

White’s professional journey hasn’t always been a smooth ride. Early in her career, she was fired from a large portfolio transaction involving multiple buildings; after working for weeks out of town in Texas, the client, a publicly-traded company, told her boss to remove her after discovering she didn’t complete a document overnight. “The general counsel told me to pack my bags and go home,” she recalled. “I was really upset. I was working very hard and we were very close to getting this done.”

She headed back to D.C. There, the partner on the case told her to call the client and apologize. “I had a hard time with that because I didn’t feel I had done anything wrong.” But she learned that “there’s a way to apologize that doesn’t involve saying you did something wrong—you apologize for disappointing or offending.” So that’s what she did, patching up the relationship and restoring her spot on the deal.

Out of this ordeal, she learned to value empathy. “It’s really important to understand where other people are coming from—understanding how a person is going to receive your communication as opposed to how you’re communicating,” she said. “If you’re empathetic and care about what other people are feeling, it helps you to be more diplomatic and communicate more effectively.”

Unsurprisingly, White—who lives in Chevy Chase, Md., with her husband, a freelance photographer and retired satellite engineer for NASA—is nurturing in her personal life as well. While her parents, both of whom went to law school, expected her to become an attorney, she hasn’t demanded that for her 28-year-old twin daughters. “If young people find the right fit at a law firm, it could be a wonderful and fulfilling career; but I think all too often, the good law schools channel young lawyers into huge firms where they’re are often chewed up and spit out,” said White, explaining that she never affirmatively encouraged law school for her girls—rather, she presented both sides of the case.

They’re both currently in business school, she said, adding that “they are facing some very exciting life choices ahead.”