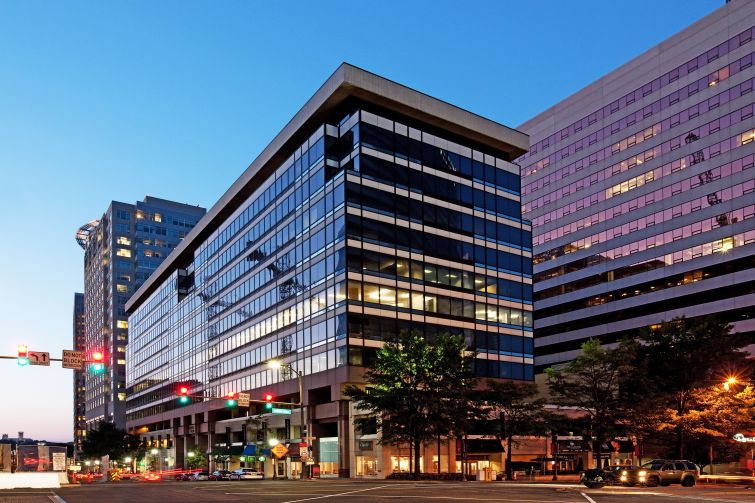 The United States Postal Service has renewed its lease as the lead tenant at International Place, a 12-story office building at 1735 N. Lynn Street in Rosslyn, Va., according to a press release from the landlord, Meridian Group.

USPS is leasing approximately 115,747 square feet for its Office of Inspector General which has been at the site for over 20 years, per the release. A Meridian spokesman told Commercial Observer that the seven-year lease was signed on Nov. 30. He would not disclose the asking rent at the property.

Wil Machen, a vice president at The Meridian Group, said in a prepared statement that the Rosslyn area is experiencing “such a robust recovery” due to its “attractive workforce demographics, an excellent multi-modal transportation infrastructure and a great location with iconic views.”

International Place, next to the Rosslyn Metro station, has a large public plaza and ground-level retail and fast-casual dining options that have “become the center of activity in Rosslyn,” per the release. The LEED-Gold and Energy Star-certified building, also near new developments such as JBG Smith’s Central Place, has a state-of-the-art fitness center with Peloton bikes and a tenant-only conference center, plus views of the Jefferson Monument, Memorial Bridge and the Potomac River.

Dave Millard, Peter Berk, Nick Gregorios and Caroline Guidera of Avison Young represented The Meridian Group in the transaction. Berk told CO that they could not discuss the transaction at this time. Anna Gardiner of JLL represented USPS and would not comment for the article.