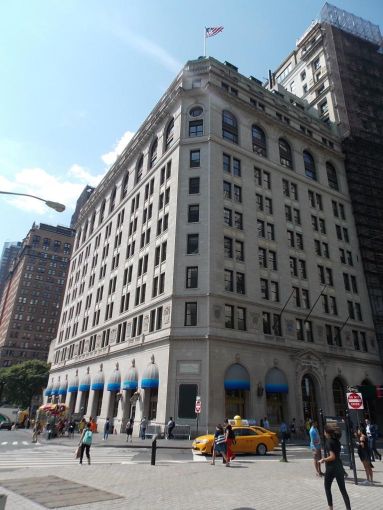 Square Mile Capital Management has provided $161 million in debt to Midtown Equities and Rockwood Capital for the joint venture’s $140 million purchase and repositioning of the 12-story landmarked office building at One Broadway in the Financial District, according to records filed today with the New York City Department of Finance and information provided by Square Mile.

The package includes a $74.2 million senior loan, a $25.6 million building loan and a project loan of just over $24 million, records show. The deal closed on Nov. 16.

In May 2018, it was reported that Rockwood and Midtown had entered into contract to purchase the roughly 218,000-square-foot property, which has now sold for $139.5 million, records show, and that duo was in the market for a $120 million loan to facilitate the purchase and subsequent repositioning of the asset into creative offices.

The seller is an entity by the name of Logany LLC, which bought the property for $34.8 million in 2000. A previous report from The New York Post from May 2018 on the sale of the building indicated that a Swiss trust had held the asset.

Originally built in 1884, the building was renovated in 1921 to serve as the headquarters for J.P. Morgan’s International Mercantile Marine Company, according to CoStar Group. Mosaic coats of arms, representing the company’s chief ports of call, were designed into the building’s facade at the time.

Midtown Equities and Rockwood Capital have partnered before, having last worked together on the Empire Stores office redevelopment in Dumbo, Brooklyn in conjunction with the HK Organization.

“The partnership [between Midtown and Rockwood] has proven out a very similar business plan at its Empire Stores project in Dumbo, and we believe it is the ideal team to deliver [One Broadway], which will be unique to the Downtown market,” Square Mile Principal Sean Reimer said in a statement.

This story was updated to include a larger total loan amount of $161 million.