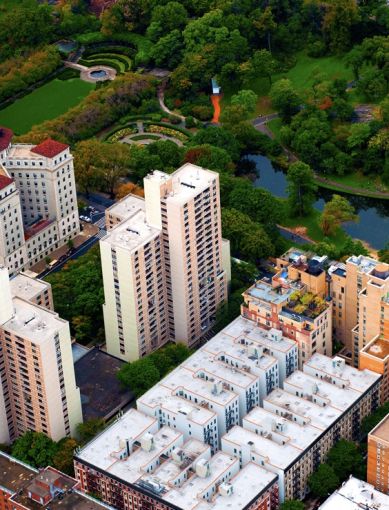 Rockport Mortgage Corporation has provided a $110 million loan through the Department of Housing and Urban Development to LIHC Investment Group to refinance Lakeview Apartments, a four-building apartment development in East Harlem, Commercial Observer has learned.

The loan, which has a listed maturation date of January 1, 2054, closed on Dec. 18 and Red Capital Group will serve as its servicer, according to sources close to the deal and records filed today with the New York City Department of Finance.

The property occupies an entire city block, bordering Central Park, and is located at 1250 Fifth Avenue, between East 106th and East 107th Streets, with an alternate address of 4 East 107th Street. It is also located nearby another LIHC property, called Villa Hermosa, a 272-unit multifamily building located at 1600 Madison Avenue.

In September, it was announced that a deal had been struck among local, state and federal government officials, LIHC and Lakeview tenants to keep the the property affordable for another 40 years under the federal Section 8 program, being that the development’s Mitchell-Lama status was set to expire this year.

The deal moved 435 of the property’s 446 units out of the Mitchell-Lama program and into Section 8 housing, ensuring that tenants spend no more than 30 percent of their income on rent. The remaining 11 units at the property will only be available to new tenants who earn no more than 110 percent of the area median income, LIHC principal Charlie Gendron told The New York Daily News in September.

“This agreement guarantees that residents of Lakeview Apartments will have safe, comfortable, affordable homes for years to come, even as rents continue to rise rapidly around them,” Governor Andrew Cuomo said in a prepared statement at the time of the announcement. “By continuing the affordability established by the Mitchell-Lama program, we are preserving homes and providing housing security for New York’s hard-working residents here in Manhattan.” Congress passed legislation earlier this year—advanced by Senators Chuck Schumer, Susan Collins and Representative Adriano Espaillat—that addressed the need for increased funding for HUD’s housing assistance programs.

The agreement for Lakeview included $14 million from the state of New York to refinance existing debt on the property and tax relief from the city, Cuomo administration aides told the Daily News. LIHC agreed to make additional capital improvements with the money saved from the debt refinancing and the tax benefits.

LIHC—one of the country’s most active owners of affordable housing, having an ownership interest in more than 37,000 units nationwide—has funded over $20 million in capital improvements at Lakeview, including upgrading the elevators in the building, installing a $1.5 million property-wide security camera system, replacing electric baseboard heaters, thermostats and transformers and renovating all apartments with new kitchens and bathrooms, according to a spokeswoman for LIHC.

Current asking rents at the development are around $1,356, according to CoStar.

This story was updated to include Rockport Mortgage as the lender and Red Capital Group as the servicer.