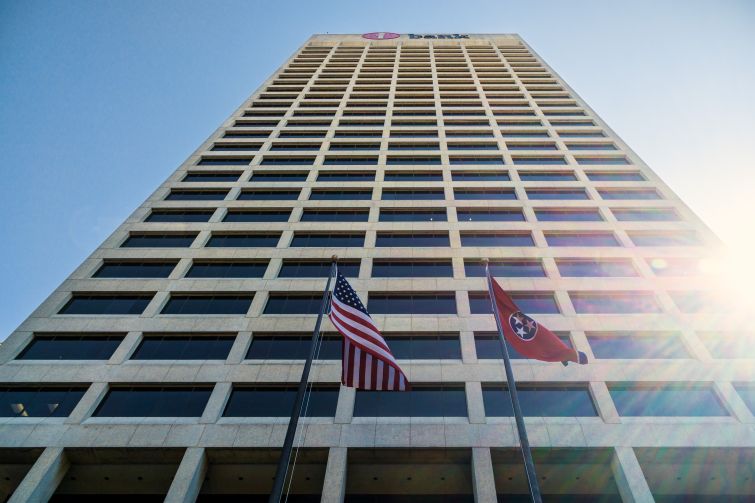 Manhattan’s Group RMC, an office landlord that concentrates on secondary U.S. markets, has sealed a $28.6 million loan to finance its purchase of a commercial building in Memphis, Tenn., Commercial Observer can exclusively report.

The office building, One Commerce Square, stands on downtown Memphis’ pedestrian-only South Main Street, between Monroe and Union Avenues. The 29-story, 391,000-square-foot tower, built in 1972, was developed by the National Bank of Commerce for the institution’s headquarters. Though NBC sold the building in the 1980s, it remained the largest tenant even after the bank’s 2005 acquisition by SunTrust Bank in 2005. But the building’s fortunes turned in 2009 when SunTrust left the premises for new digs in the East Memphis neighborhood, leading to One Commerce Square’s foreclosure.

The building emerged in the hands of Park National Bank, but when that bank failed in 2009, the Federal Deposit Insurance Corporation transferred ownership of One Commerce Square to U.S. Bank. It, in turn, sold the tower to a group of local investors for just $7.6 million a year later. Group RMC’s purchase price hasn’t been reported, but the building’s most recent appraisal was for $18.5 million, according to the Memphis Business Journal.

Representatives for Group RMC and PineRiver did not immediately respond to inquiries.

Pinnacle Airlines—a regional carrier that has since been bought by Delta Air Lines—took over 155,000 square feet of the tower, Memphis’ fourth tallest, in 2011, but moved out again in 2013. Today, tenants include B. Riley Wealth Management, Independent Bank and the Tennessee Department of Children’s Services.

“One Commerce Square is well positioned to remain one of downtown Memphis’ landmark addresses,” Adam Schwartz said in prepared remarks. “The building is close to a wide variety of restaurants, shops and other attractions that continue to support the tenant base, including the…FedEx Forum, home to the NBA’s Memphis Grizzlies.”

The local investors behind the sale to Group RMC spent $5 million to upgrade the building’s security system, elevators and windows, JLL said.Developer interest in Memphis’ downtown has blossomed this year with the help of incentives under the auspices of the Downtown Memphis Commission, an agency funded by a special assessment program. Dozens of commercial projects underway along the city’s Mississippi River waterfront have received a boost from the agency, mostly in the form of grants or payments-in-lieu-of-taxes agreements.