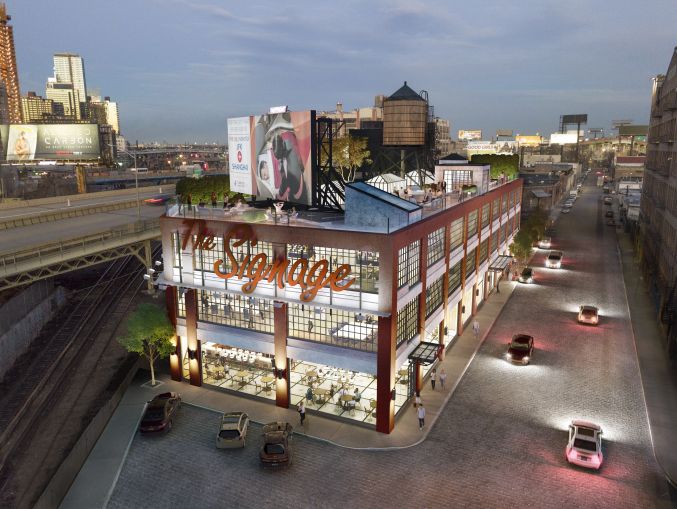 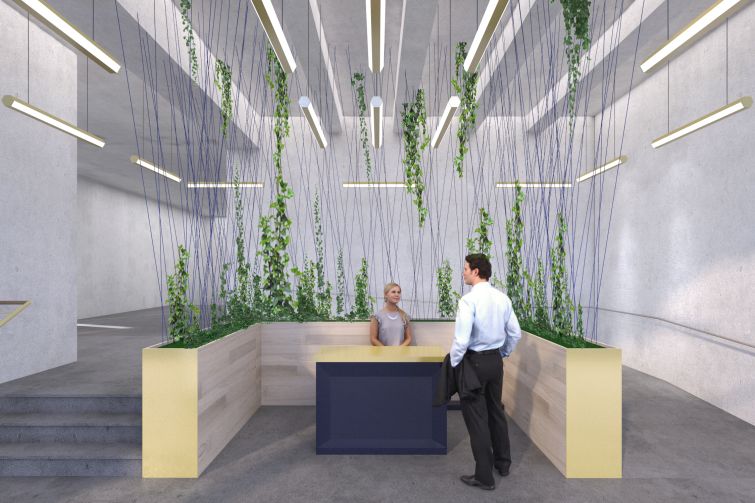 The planned lobby for the Cardinal Building will feature an unusual reception desk and polished concrete floors. Rendering: Kaufman Organization 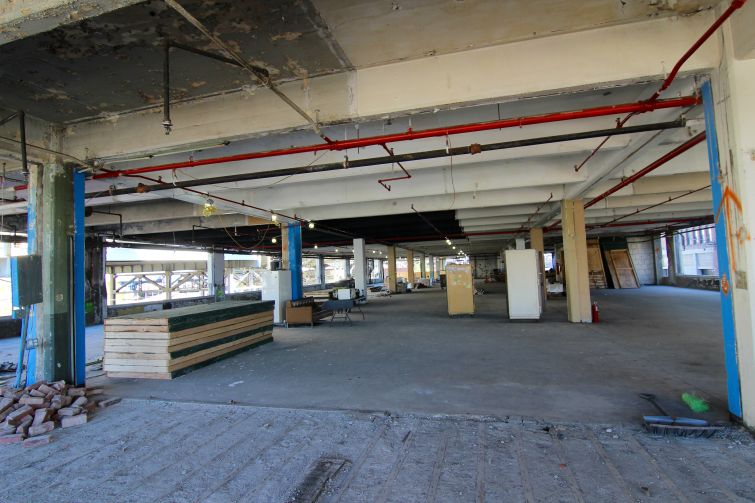 A look at the Cardinal Building before renovation starts. Image: Kaufman Organization 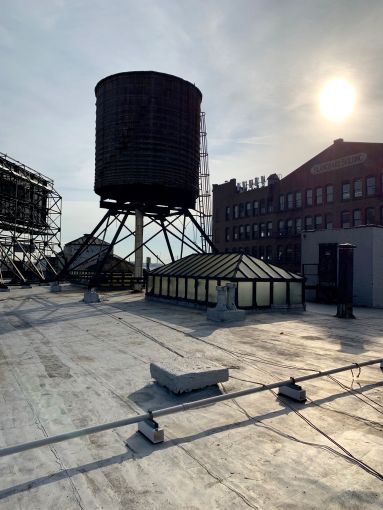 The roof of the Cardinal Building Image: Kaufman Organization
Previous Next

Queens is not playing around; even the toy factories are being converted into offices.

The 62,000-square-foot property was formerly home to Cardinal Industries, a puzzle and game manufacturer founded in 1945. Cardinal relocated to 25,000 square feet at another Long Island City property, The Factory at 30-30 47th Avenue, after Kaufman took over the 51st Avenue building, as Commercial Observer previously reported.

Dubbed the Cardinal Building, the brick and concrete structure is getting a full gut renovation, including new plumbing, electrical, heating and air conditioning systems, bigger, sound-proof loft-style windows and a fresh, modern lobby. Like many warehouse-to-office renovations, the building will be outfitted with an industrial-chic lobby. The updates will include polished concrete floors, angular brass rods hanging from the ceiling and a reception desk encircled by a tall wooden box that’s planted with ivy and connected to the ceiling by hundreds of little strings. Kaufman will also create a new roof deck and a landscaped ground-floor patio for tenants. The red brick walls will be removed from much of the ground floor and replaced with floor-to-ceiling glass storefronts, which could hold retail or office tenants. Construction began in April and is expected to finish next spring.

When it comes to tenants, the toy maker may be replaced by a much more conventional tenant. Lee & Associates’ Ken Salzman, who is marketing the property, said he has gotten interest from Manhattan-based corporate tenants that want to put their research and development teams in Long Island City. “It’s a mix of technology and maker users,” he explained, who “don’t want to do manufacturing” but aren’t “normal glass and skyscraper type users.” They’re also marketing the space to other large tenants, including nonprofits, city agencies and schools. Asking rents are in the $40s per square foot.

The location, he noted, is ideal for people coming from North Brooklyn or Midtown, because the G, 7 and Long Island Railroad trains are all within easy walking distance. The Long Island Expressway is next door, too.

“It may be people looking for less expensive space than Manhattan, or it may be tenants coming from Hudson Yards” who want to be able to take the 7 train, said Michael Kazmierski, Kaufman’s director of acquisitions.

When it comes to Amazon’s new campus planned in Long Island City, Kazmierski was very matter-of-fact.

“People are very bullish on how Amazon is going to affect pricing,” he said. “But I think it adds more stability to where this market is going.” He added that Amazon’s 1-million-square-foot lease at nearby 1 Court Square “helps keep that building full and drives office and retail demand, and we’ll be the beneficiary of that.”