In the Grocery World, ‘Robots Are Coming’ 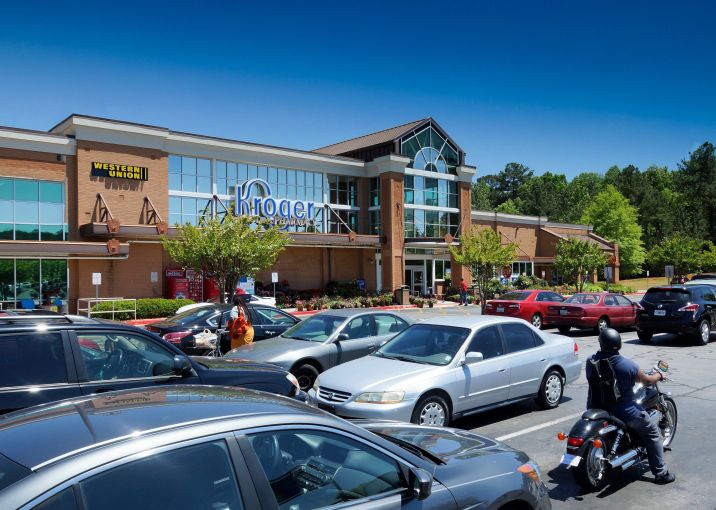 Grocery stores were long behind the curve when it came to the technology reshaping retail, but now warehouses staffed by robots and e-commerce delivery systems are increasingly becoming the norm for the food-selling business.

“On the fulfillment side, the robots are coming,” said James Sylvia, a retail consultant and the president of Readco-Sylvia Advisory Services, during a grocery-focused panel at International Council of Shopping Centers’ New York Deal Making conference this morning.

Kroger, for example, inked a deal in the spring with Ocado, a British online grocery company that builds warehouses operated by robots. The agreement with Ocado is part of Kroger’s efforts to up its e-commerce grocery game and compete with Amazon, which purchased Whole Foods last summer for $13.7 billion. The grocery industry has been in upheaval since the Amazon-Whole Foods deal was announced in August 2017, as grocers worry about how they’re going to compete with the e-commerce giant’s extensive distribution network. Shares of major food retailers collapsed after the Whole Foods acquisition was revealed, wiping out $12 billion in market value or Kroger, Wal-Mart, Target, Costco, Supervalu and Sprouts Farmers, CNBC reported at the time.

Aldi, a budget grocery chain headquartered in Germany, has been trying to move into the 21st century by forging a partnership with online grocery delivery service Instacart.

“As soon as we offered the Instacart opportunity in Chicago, people gobbled it up,” said Dan Gavin, Aldi’s vice president of real estate, who added that the company is about to expand the online grocery delivery service nationwide. “I don’t know why you almost wouldn’t do it.”

Cincinatti, Ohio-based Kroger, is trying to stay relevant by adding barbecue restaurants to its stores in places like Louisville, Ky., and Memphis, Tenn. It is also expanding its service, known as Click List, that lets customers order their groceries online and then pick them up in the store. The supermarket chain also just launched its own clothing brand, said Nick Hodge, Kroger’s vice president of corporate real estate. Although companies like Aldi are focused on shrinking their footprints, Hodge said Kroger was happy with its large-format stores, which allow the company to experiment with offerings like clothing or in-store restaurants.

In big cities, “we’re doing less grocery and more experience,” Hodge said. “[We’re putting] full bars in stores. These are the kind of things we find are profitable for us, both to cater to the demographic shift in urban cores and to be a hub for ecommerce delivery.”