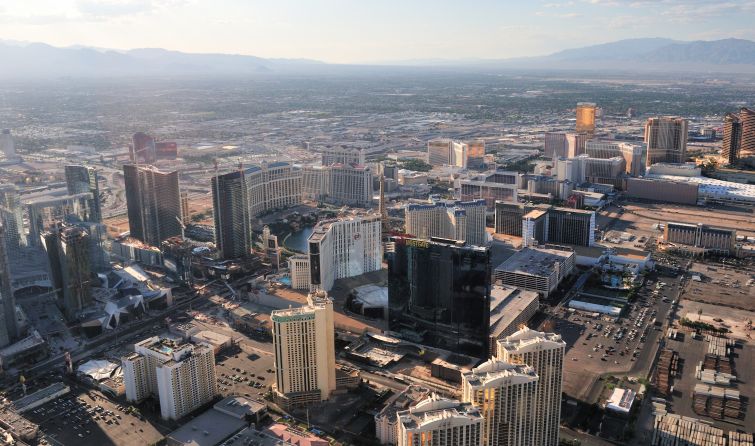 The package comprises a $33 million loan that was placed through 3650 REIT’s commercial mortgage-backed securities platform, according to a spokeswoman for Bellwether, as well as a $3 million mezzanine loan from Dallas-based Quadrant Capital, sources with knowledge of the deal told Commercial Observer.

The loan carries a rate in the upper 5-percent range, according to information from the Bellwether spokeswoman, and the senior portion of the loan is interest-only for the first four years. The total debt return is just below 8 percent with a combined debt service coverage ratio of just above 1.10x. The spokeswoman would not provide the name of the borrower.

The roughly 200,000-square-foot open-air retail property is located at 8525 West Warm Springs Road in Las Vegas. It’s anchored by a Smith’s grocery store, and houses a Walgreens, a TJ Maxx, a Petco and a Big 5 Sporting Goods.

The asset previously had a three-year, $26 million interest-only loan, with two one-year extension options—originated on Dec. 11, 2015—that was included as part of the nearly $348 million RAITF 2015-FL5 CMBS conduit transaction, which closed and was issued that month. The $26 million balance was set to mature in on Jan. 1, 2019. The sponsor behind that loan was private holding company The Walters Group—led by Susan B. Walters and William T. Walters—which has a history of developing golf courses throughout Southern Nevada.

Shelley Magoffin, an executive vice president at Bellwether, and Max Sauerman, a vice president, arranged the financing on behalf of the borrower out of the firm’s Los Angeles office.

Grass River could not immediately be reached for comment. The Walters Group could not be reached.