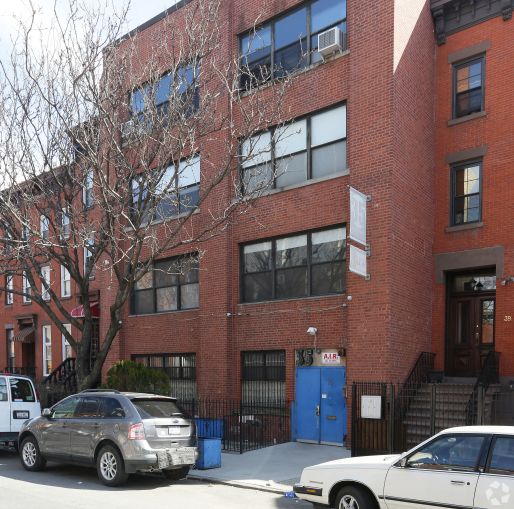 Basis Investment Group, a subsidiary of JEMB Realty Corporation, has provided $24 million to CW Realty Management to refinance previous debt on its recently redeveloped rental building at 35 Claver Place in the Bedford-Stuyvesant neighborhood of Brooklyn, Commercial Observer has learned.

The refinancing took out previous acquisition and construction financing and also included a $5.5 million bridge piece, according to records filed with the New York City Department of Finance. The deal closed on Nov. 4.

The developer received permits for construction in January 2018 and moved to transform the 14 loft-style units into its current layout of 44 luxury rental apartments, which were completed in September. All 44 units were filled within six weeks of hitting the market, according to information from CW Realty’s website.

Amenities include a fitness center, a billiards room, a bike storage area and a rooftop patio, as per CW Realty’s website.

The debt supplied by SG Capital Partners, and secured by 35 Claver Place, was included in the roughly $415 million, static Shelter Growth CRE 2018-FL1 collateralized loan obligation (CLO) transaction that closed in July 2018. The pool is comprised of 22 loans across 41 properties, with just over 96 percent of the loans being floating rate and carrying a 4.99 percent weighted average spread; 3.6 percent are fixed rate with an 8 percent weighted average coupon, according to report from Moody’s.

CW Realty is also currently developing a seven-story, 140,000-square-foot rental building at 187 Kent Avenue in Williamsburg, Brooklyn, that will include 96 units and 35,000 square feet for retailers. Construction is expected to wrap sometime in the second quarter of 2019, according to CW Realty’s website.

Basis Investment Group could not immediately be reached for comment. A spokesman for CW Realty declined to comment on the transaction.