Once a natural fit for Class-C and -D retail assets, CMBS is getting far pickier. 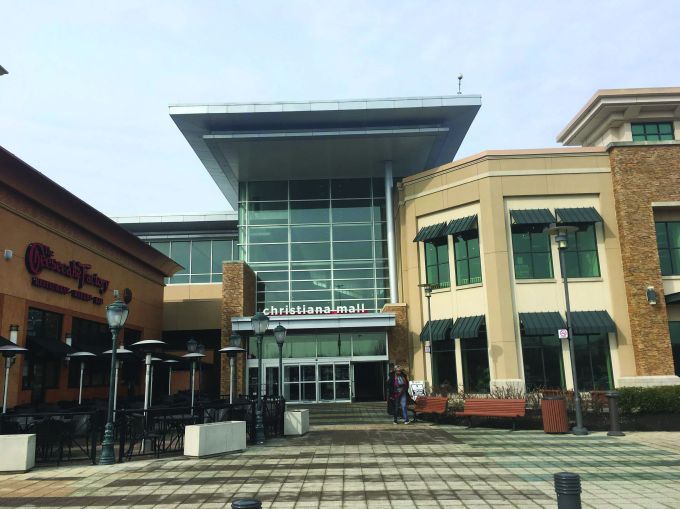 The retail sector might have high hopes for the holiday season, but that doesn’t mean it’s garnering the same enthusiasm from the commercial mortgage-backed securities market.

Retail CMBS is floundering, and bondholders aren’t necessarily looking to make bets on lower-grade—Class-B, -C and -D—regional malls, which have mostly been expelled from the CMBS world; even Class-A malls aren’t considered a sure bet.

“Irrespective of competition, retail investors want less than 30 percent retail [inside a conduit],” one CMBS issuer from a major investment bank who declined to be named, told Commercial Observer. “If it’s [a higher share of the loan pool], it might trade [at a] wider [spread]. They’re focused on the composition. They wouldn’t want three malls [in a conduit], even if one mall is a [Class-A]. I think two might be more than people want at this point.”

The doom and gloom storylines of brick-and-mortar retail that follow the bankruptcies and store closures of once celebrated anchor tenants such as Sears and Toys “R” Us, coupled with the continued insurgency of Amazon, online shopping and delivery services has CMBS issuers dramatically shifting focus. The bankruptcy of Toys “R” Us alone threatened $3.6 billion in CMBS, while the Bon-Ton stores’ closures imperiled more than a dozen CMBS deals.

Matthew Masso, the head of commercial real estate finance at Credit Suisse, said that it was only a few years ago that 35 to 40 percent of CMBS conduits sported retail properties, attributing the current retail financing pullback to the lack of issuance at the height of the financial crisis in 2008 to 2009. “You don’t have that natural refinance rollout 10 years later,” he said.

Still, investor aversion to regional malls is prominent. In October, the percentage of retail-backed CMBS loans that were 30 or more days delinquent climbed 38 basis points to 5.39 percent from September, according to a November report from Trepp.

In the second quarter of 2018, 106 loans liquidated during those three months contributed to an average loss severity of just under 67 percent, up significantly from 39.1 percent for the 100 loans liquidated in the first quarter, according to a second quarter report from Moody’s. Of the 106 loans liquidated, Tarentum, Pa.’s Galleria at Pittsburgh Mills, a sprawling enclosed shopping mall securitized through Morgan Stanley Capital I Trust, 2007-HQ11, registered a $149.1 million loss; that’s 112 percent of the loan’s original $133 million securitized balance.

To make matters worse, retail-backed CMBS loans make up the largest group of loans currently in special servicing—just under 40 percent, according to a November J.P. Morgan Chase CMBS trend report. In aggregate, retail-backed CMBS in special servicing carries a sizable balance of $7 billion across 492 loans. Overall on the year in October, U.S. CMBS delinquency moved down an average of 179 basis points as other sectors such as lodging and hospitality, multifamily and industrial—helped by the growing wave of e-commerce—have progressively performed better.

Retail investment interest lies mostly with neighborhood shopping centers and grocery-anchored outposts or assets with ties to ancillary entertainment offerings. “I think the traditional neighborhood shopping centers are being done no problem—with grocery, pharmacy, or even otherwise,” a second executive at a prominent CMBS issuer told CO. “The leverage is slightly lower than [a few years ago], so instead of max 75 [loan-to-value], you’re looking at 65 to 70 percent.”

So, how would lower-grade malls obtain CMBS financing? The CMBS issuer executive said the mostly likely route would be through an acquisition rather than a costly refinance. “I think it would take a sale of the asset, with new cash equity coming in or a large cash refinance from an existing sponsor,” he said. “If they pay down debt by 25 percent and get cash on a refinance, it can be done, but a direct refinance or cash-out for lower-end malls can’t be done right now. But unless you have a new acquisition and someone could come in and put up 30 to 35 percent cash equity, it’s not trading.”

Even notes on the larger, relatively more impregnable and Class-A regional malls such as the Aventura Mall, a popular super regional outpost in Miami, or the Christiana Mall in Newark, Del., are split among a range of CMBS conduits, which has created “a lot of exposure,” according to Robert Grenda, a senior vice president of CMBS ratings analytics at Morningstar Credit Ratings. He cited the $538 million Aventura Mall, which is split among six conduits, and the Christiana Mall as examples.

“Loans that have multiple A-notes—and typically for properties like those—a portion will go into a single-asset, single-borrower transaction, but pieces of A-notes are going into conduits,” Grenda said. “But, most of the malls we’re seeing are relatively good quality, although we don’t see too many B or B- assets. Any prudent investor will be careful with B quality malls in areas where demographics might not be best.”

Retail dominant conduit deals are still getting done. On Nov. 29, Bank of America closed on its $1.1 billion BANK 2018-BNK15 CMBS transaction, a conduit deal using vertical risk retention that comprises 67 loans secured by 126 properties, just under 46 percent of which is retail. But the pool of retail properties includes just two malls, one being a $100 million note on the Aventura Mall, and the other a $20 million balance on the Plaza Frontenac, a two-story enclosed mall located across the street from the St. Louis County Library in a suburb of St. Louis.

Analysts told CO that they pay attention to sales—U.S. retail and food services sales in October picked up slightly and are up 4.6 percent on the year, according to Census Bureau Statistics—and that there’s still concern over department store anchors creating stress on cash flows as well as the relatively hefty cost of malls with interior corridors.

The feeling remains that customers want to see their food products before they buy them, which is good news for those grocery-anchored retail assets. Considering the use of online food delivery services is steadily on the rise, albeit slowly, it could still have long term impacts on the performance of those assets.

“We haven’t seen any material decreases in sales in grocery-anchored centers yet,” the second CMBS issuer said. “Grocers are trying figure out the mix of delivery and brick and mortar, while still relying on brick and mortar, but the bigger theme on neighborhood shopping centers is that the space is more fungible than a mall.”

He added, “Shopping centers have more competition and rents are much more reasonable. Five thousand square feet may be had at $15 per square foot, whereas a regional mall may cost double that just because of the inclusion of parking and the cost of the interior corridors. Rents are higher, which means there are fewer tenants that can afford that rate; there are more local tenants that can afford the rents for $15 per square foot…like nail salons.”