Brace Yourself: Market Distress Is on the Rise (but Unique Opportunities Are Back) 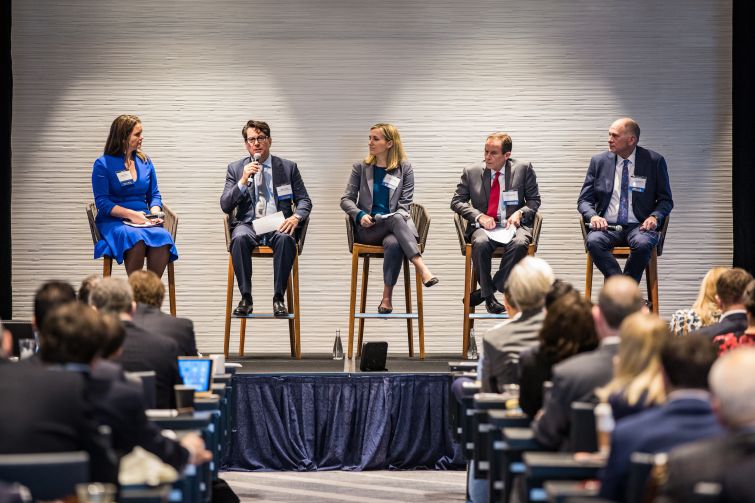 “Human sacrifice! Dogs and cats living together! Mass hysteria!” is how Bill Murray described the impending apocalypse in Ghostbusters.

Now, while commercial real estate isn’t headed for an event of biblical proportions any time soon, the general consensus of panelists at the opening session of Commercial Observer’s Inaugural Real Estate Financing Forum in L.A. was that pockets of market distress are beginning to be felt, and some pain could be headed our way within the next 24 months.

“It’s a little bit scary,” said Thomas Whitesell, the group head of real estate at CapitalSource. “Two months ago we’d have been having a different conversation but now I’d say we have a couple of years of runway left; 2020 looks scary, not 2008 but a slowdown.”

But of course where there’s distress, there’s also opportunity. Whitesell said he had seen two deals in the past month where the borrower is buying a defaulted note at a discounted price with a plan to turn the project around.

Jeff Fastov, a senior managing director at Square Mile Capital Management, also spoke to the recent shift: “Over the past few months there’s been enough stress in the market that special situations are starting to come back, creating unique opportunities for the first time in years.”

On the surface, market fundamentals remain strong, Fastov said.  “The banks are under control, supply isn’t too bad, the economy is expanding and there’s tenant demand for good space,” he reasoned. But while for the most part things are “sunny and nice”—much like the city in which we all sat—Fastov posed the big question: “Are we in the eye of the mother of all storms?”

Debt drives real estate, Paul Vanderslice, the CEO of CCRE, noted. And the debt markets are on fire, with $75 billion to $80 billion in CMBS issuance, $80 billion in life company issuance and $120 billion in Fannie Mae and Freddie Mac transaction volume projected this year. But, low interest rates have provided the kindling and—while still low—those rates are now on the rise. “The biggest gift we’ve been given [as an industry] is low interest rates,” he said.

GSE reform (along with a new director of the Federal Housing Finance Agency) is something to which close attention should also be paid, Vanderslice said. “It is going to affect both the single family and multifamily sector.  Capital will still be available but at a different price point, and this could have a massive effect on the market. All it takes is a change in lending limits or to what is counted towards the [lending] cap,” he said. “It will affect CMBS as well as capital availability.”

When the conversation turned to construction lending, which isn’t for the faint of heart at the best of times, Whitesell said that around 90 percent of transactions have cost overruns today—including labor and tariffs— in their budget, meaning that deals are taking longer and some won’t get completed at all.

Robin Potts, the director of acquisitions at Canyon Partners, concurred. Potts said that often a deal is brought in and moved to the term sheet then the borrower will refresh the bid with the general contractor, creating a big bump in the budget. “Deals die, or we have to recalibrate the capital stack or a capital infusion is required,” she said. “Transactions need to close quickly today.”

Especially when values are coming down. Square Mile has sold off some core real estate assets and has seen second round bids come back lower than the first round, Fastov said. “Prices struck 60 days ago just aren’t the market today.”

But having some diversification in your lending strategy can put you in a prime position to take advantage of market ebbs and flows.

“The market is dynamic, and we find relative value by doing equity, preferred equity, construction loans, value-add loans and stabilized loans,” Fastov said. “Smart people go where the opportunity is; your team can’t be siloed or you’re riding a one-trick pony.”

“If you have the balance sheet to take advantage of opportunities over the next couple of years, you’re in a good spot,” Potts said.

And as for who will likely be the ones to rise from the ashes after any correction that does come our way, the O.G.s may just have the edge.

“We started this business five years ago and we’re like the old guard,” Fastov said, referring to the influx of debt funds in the industry over the past few years. “The players who have been at it for a while and have a good track record are the incumbent, and we hope to be in that crowd.”