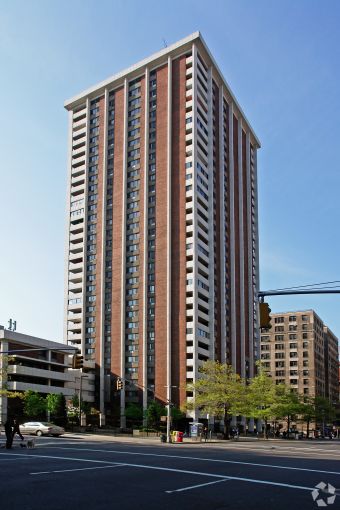 A&E Real Estate Holdings has purchased the Glenn Gardens residential development on the Upper West Side for $220 million, Commercial Observer has learned.

A&E, which is one of the city’s largest multifamily landlords, purchased the two-building, 266-unit residential complex at 175 West 87th Street from a partnership led by Sherwood Guernsey, according to sources familiar with the deal. The development between Amsterdam and Columbus Avenues hasn’t changed hands since it was built in 1974. It consists of a 32-story residential tower, a five-story walk-up, a 150-car parking garage and an undisclosed amount of development rights.

The original developer, Murray Smith of Glenn Gardens Housing Company, acquired the block-through site from the city in 1972, according to public records. Glenn Gardens was originally developed through the federal Mitchell-Lama affordable housing program, but the landlord “bought out,” meaning withdrew from, the program in the early 2000s.

Meridian Capital, led by Helen Hwang, represented the seller and buyer in the off-market deal. A spokesman for Meridian didn’t immediately respond to a request for comment.

A spokeswoman for A&E didn’t return a request for comment, and the sellers couldn’t be reached for comment. A&E has purchased several other middle-income residential developments throughout the five boroughs in the past few years, including the 1,000-unit rent-stabilized Riverton complex in Harlem, Stonehenge Village on the Upper West Side, and a six-building multifamily residential portfolio in Elmhurst and Flushing, Queens.