With HQ2 Now Settled, the Debate Over Amazon Is Only Beginning 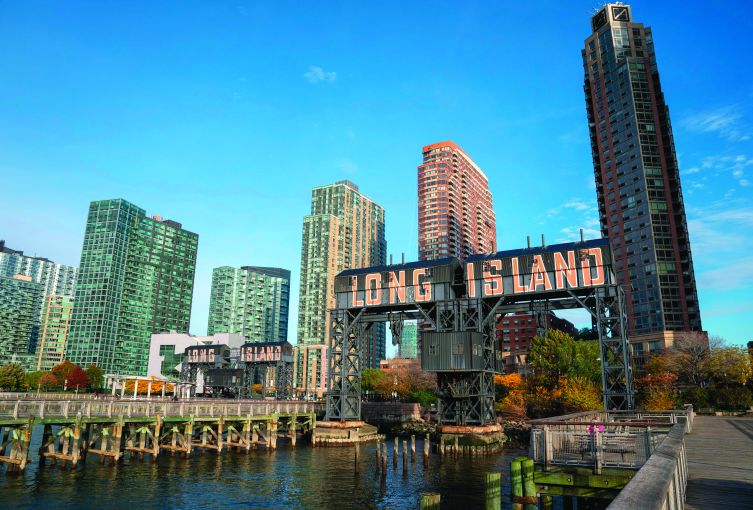 A view of the Long Island City waterfront in Queens, where Amazon plans to invest $2.5 billion and employ around 25,000 people. Photo: DON EMMERT/AFP/Getty Images

Amazon may have finally put a bow on the Amazing HQ2 Race of 2018, but the debate over the economic benefits of the tech giant’s arrival in New York City, Washington, D.C., and Nashville, Tenn., versus the tax incentives those municipalities doled out to win the company’s business appears to only be getting started.

On Tuesday, the Seattle-based company officially announced that it has chosen the Queens neighborhood of Long Island City and D.C. satellite city of Arlington, Va., as the joint home to its vaunted HQ2 project—with Amazon set to invest a combined $5 billion to create two corporate campuses each employing up to 25,000 people. Additionally, the company is investing $230 million to build a new Center of Excellence in Nashville, where it will create 5,000 jobs focused on its customer fulfillment, transportation and supply chain operations.

Amazon lauded the impact that the HQ2 and Center of Excellence projects will have on their local economies, noting that its investments in Long Island City and Arlington are expected to generate “estimated incremental tax revenue” of more than $10 billion and $3.2 billion, respectively, over the next 20 years. (The company’s investment in the Nashville region is estimated to yield more than $1 billion in incremental tax revenue over the next 10 years, it said.)

But the Jeff Bezos-led company is also receiving considerable tax incentives from all three regions in which it is setting up operations. In New York, Amazon said it will receive nearly $1.53 billion in “performance-based direct incentives,” including a refundable tax credit of up to $1.2 billion through New York State’s Excelsior Program (calculated as a percentage of the salaries Amazon expects to pay its employees in New York over the next 10 years) and a $325 million cash grant from Empire State Development based on the square footage of buildings occupied over the next 10 years. Amazon also said it will separately apply for as-of-right incentives through New York City’s Industrial & Commercial Abatement Program (ICAP) and the city’s Relocation and Employment Assistance Program (REAP).

In turn, the company said the Long Island City community will benefit from city funding via a Payment In Lieu Of Tax (PILOT) program based on the company’s property taxes, which will fund community infrastructure improvements developed through input from local residents. Amazon has also agreed to donate space on its campus to house a “tech startup incubator” as well as for use by artists and industrial businesses, while it will also donate a site for a new primary or intermediate public school in Long Island City.

Amazon is benefiting from similar incentives in Arlington and Nashville. In Virginia, it is receiving $573 million in performance-based direct incentives, including a workforce cash grant of up to $550 million from the state based on $22,000 for each new job created by the company over the next 12 years (an incentive it will only receive if it creates the “forecasted high-paying jobs” promised by the company). Amazon will also receive a $23 million cash grant from Arlington County over 15 years based on the incremental growth of an existing local tax on hotel rooms.

Meanwhile, Virginia will invest $195 million in infrastructure improvements in the neighborhood, including upgrades to the Crystal City and Potomac Yards stations on the Washington Metro public transit system and a pedestrian bridge that will connect Amazon’s National Landing campus to nearby Ronald Reagan Washington National Airport. Arlington will also allot $28 million for on-site infrastructure and open space improvements in National Landing, based on 12 percent of future property tax revenues earned from an existing tax increment financing (TIF) district.

And in Tennessee, Amazon is getting up to $102 million in performance-based direct incentives, including a $65 million cash grant from the state and up to $15 million from the city of Nashville—both of which will be based on the number of jobs created by the company over the next seven years—as well as a $21.7 million job tax credit designed to offset state franchise and excise taxes.

Numerous state and local politicians responded enthusiastically to the news of Amazon’s arrival, with New York Gov. Andrew Cuomo saying the state has “attracted one of the largest, most competitive economic development investments in U.S. history” and New York City Mayor Bill de Blasio describing Amazon’s investment as an “opportunity to open up good careers in tech to thousands of people looking for their foothold in the new economy.”

Virginia Governor Ralph Northam cited the state’s “investments in our education and transportation infrastructure” as among the features that made Arlington’s bid “so attractive” to Amazon, while Arlington County Board Chair Katie Cristol noted that “the strength of our workforce, coupled with our proximity to the nation’s capital, makes us an attractive business location.” Nashville Mayor David Briley attributed Amazon’s investment in the city as “a direct result of the talented workforce and strong community we’ve built here,” and lauded the “quality, high-paying jobs” that the tech giant will be bringing to the city.

But the lucrative tax incentives awarded to Amazon in exchange for its business are already drawing scrutiny from other local politicians—with New York City Council Speaker Corey Johnson, Council Member Jimmy Van Bramer and New York State Senator Mike Gianaris among those critical of the deal that will see the company arrive in Long Island City.

“New Yorkers have real unmet needs from their government. Our subways are crumbling, our children lack school seats and too many of our neighbors lack adequate health care,” Gianaris and Van Bramer, both of whose districts include Long Island City, said in a joint statement—adding that it is “unfathomable” that the local and state governments would award Amazon with billions of dollars in tax incentives “in the face of these challenges.”

The Queens politicians described the HQ2 sweepstakes as “a cynical game in which Amazon duped New York into offering unprecedented amounts of tax dollars to one of the wealthiest companies on Earth for a promise of jobs that would represent less than 3 percent of the jobs typically created in our city over a 10 year period,” and said they “will continue to stand up against what can only be described as a bad deal for New York and for Long Island City.”

Speaker Johnson also expressed his reservations, criticizing the lack of “community input” in the state and city government’s deal with Amazon and highlighting how the City Council was excluded from the process.

“I find that lack of engagement and the fact that the negotiations excluded the City Council—which is elected by New Yorkers to guide land use projects with communities in mind—extremely troubling,” Johnson said in a statement. “I also don’t understand why a company as rich as Amazon would need nearly $2 billion in public money for its expansion plans at a time when New York desperately needs money for affordable housing, transportation, infrastructure and education.”

While the debate over the merits of Amazon’s arrival in New York versus the public subsidies it was provided will surely continue in the coming weeks and months, what’s clear is that the company is already making its presence felt—particularly as it concerns the city’s real estate market.

Amazon’s official announcement Tuesday was shortly followed by the news that it has signed a letter of intent to lease a massive 1 million square feet of space at One Court Square, the 50-story Long Island City office tower that will soon be vacated by anchor tenant Citigroup.

Meanwhile, real estate brokers have reported a considerable uptick in interest and activity in Long Island City’s supply-heavy residential market, which has seen disappointing leasing and sales figures amid a glut of tens of thousands of new apartments that have arrived in the neighborhood in recent years.

“This is the first time in my 18 years in real estate that I have seen the market go from a buyer’s market to a seller’s market, overnight, based on a rumor,” Smith said.