What Does October’s Abysmal Showing on Wall Street Mean for Commercial Real Estate? 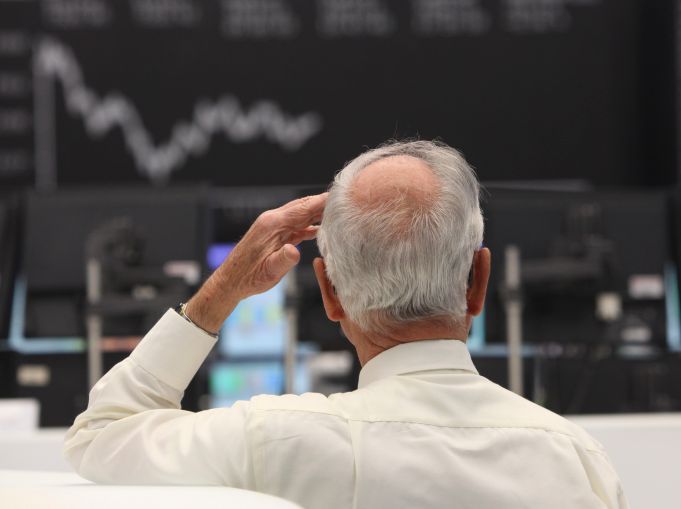 The last few months were bad ones on Wall Street.

Since September, more than $3 trillion has been taken from the stock market, which has caused a significant 185-point tumble in the S&P 500 index, or 6.4 percent.

The downturn was primarily driven by sell-offs of tech stocks. For example, Facebook’s stock has dropped by 14.6 percent in October while Apple’s stock lost 47.1 points that month.

While the market has rebounded slightly since, stocks erased their entire 2018 gains on Nov. 20.

So the big question is: What does this mean for real estate?

Real estate in gateway cities, especially New York City, has generally been a safer asset class than others and traditionally a space in which investors focus when pulling their money out of the stock market.

“New York real estate, in particular, is a much more stable commodity than almost anything else,” attorney Jay Neveloff, the chair of Kramer Levin’s real estate practice, said. “It is a narrower band of volatility.”

However, this stock market downturn may be a harbinger of economic decline that could impact the real estate market by driving down office and retail rents, slowing investment sales and multi-million dollar condo buys and making it much harder overall to get financing.

While previous dips in the S&P have been linked to drops in Manhattan office and retail rents, Heidi Learner, the chief economist at Savills Studley, said there’s not enough data to definitively indicate if the most recent drop would do it again.

“It’s not a particularly robust correlation,” she said. “I wouldn’t draw too much just from those prior periods.”

But what should be more concerning for real estate than seeing stocks fall is what’s actually behind the sell-offs. President Donald Trump’s trade war and jockeying of words with China, along with the Federal Reserve’s hiking interest rates, create a level of uncertainty, Learner said.

This week’s market moves proved those points. Remarks from Fed Chairman Jerome Powell signaling interest rates could level off caused a spike in the markets, only to have them drop again when details of an upcoming meeting with Trump and Chinese President Xi Jinping emerged, MSNBC reported.

The tariffs on Chinese goods, especially steel and aluminum, could drive up the costs to get new buildings finished and interest rates could make the cost of financing them more expensive, Learner said.

“Those costs will be passed along to tenants as well,” Learner said. “As the margins deteriorate, perhaps it could cause an investor to otherwise take on a more wait-and-see attitude.”

If the market takes a nosedive, the first segment to feel it will be residential sales, especially large condo deals, according to Adelaide Polsinelli, the head of Compass’ investment sales division.

“A lot of these hedge fund guys buy their apartments with their bonuses,” Polsinelli said. “If their bonuses decrease, they can’t buy them.”

But even if dark clouds were exhibited in the Dow and S&P over the last couple of months, economists said not to fret. While the major indexes can be taken as a relative indicator of the country’s economic health, all other economic indicators, like low unemployment and wage growth, point towards an expansion.

“It’s not an infallible indicator by any stretch of the imagination,” said Ken McCarthy, an economist at Cushman & Wakefield. “It’s volatile, but a decline would have to be sustained and significant before we would start thinking about it.”

Also, the fundamentals of real estate continue to be strong, with market participants struggling to pinpoint when this economic cycle will end as a result.

“I don’t see anything in the economy right now that points to an imminent slow down or decline into a recession,” he said. “This will end up being the longest expansion in history.”

McCarthy added that since the current economic expansion started in 2009 there have been other double-digit drops in the stock market, including early 2010, but he still expects an expansion to continue next year.

Should a potential decline accelerate, real estate experts think it could actually be a benefit for the real estate market. In the previous 2008 market crash, many investors, including foreign players, parked their money in New York real estate. But a new program in last year’s tax reform bill—Opportunity Zones—would make it even more attractive.

Opportunity Zones can provide huge tax relief to investors who pump money into “economically distressed” areas all over the country approved by the federal government.

“There is a multitude of folks cashing in on stock and they may be taking profits to investment opportunities,” said Robert Knakal, the chairman of New York investment sales for JLL. “I think it’s a net positive for real estate.”

But even as these zones make it much more attractive for investors to dump their stock market gains into them, Knakal doesn’t expect pricing to skyrocket because the deals still have to make sense.

“I think that there is an impact on property values within Opportunity Zones, but not to an extent that the market is going to rise too sharply,” he said. “The benefit of buying in an Opportunity Zone is only a benefit if you make a profit.”