The Simple Secrets Behind a Complex Deal: Brokering a 28-building, $100 Million Sale 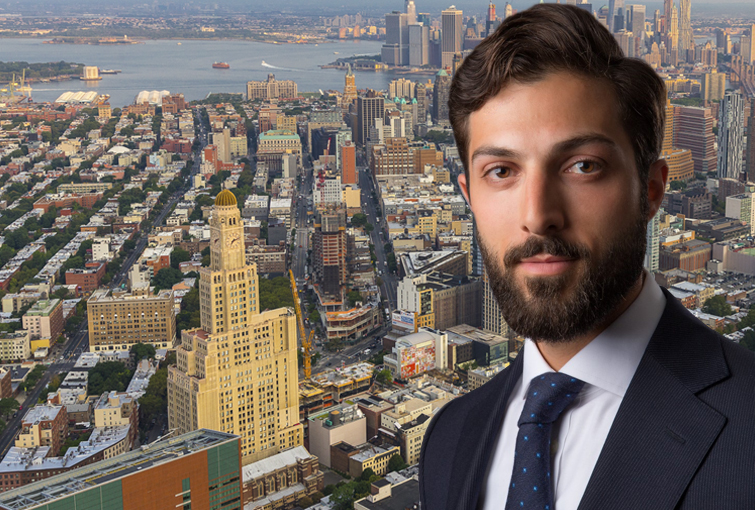 Rich Velotta, a managing director at Meridian Investment Sales, is not Harry Houdini. But to many people in commercial real estate, he is a magician: He and his team managed to broker Silvershore Properties’ sale of 28 multifamily buildings to Delshah Capital for $101.7 million, after many other brokerage firms tried to sell parts of the Silvershore portfolio without success. Rich believes, however, that no magic was involved—just a few simple strategies.

Rich, together with his colleague Abie Kassin and their team, started by developing an intimate knowledge of Silvershore’s portfolio, which at the time encompassed around 100 buildings. Information-gathering went far beyond basic research: The team looked closely at dozens of buildings in Brooklyn and two in Manhattan. “I visited over 70 buildings,” Rich recalls. “It was exhausting and took days, but it was the only way we could comprehend the full scope of the portfolio.”

Only after attaining a thorough understanding of the portfolio could the team explain to prospective purchasers why the properties would make a good investment. “I think a lot of brokers who tried to sell pieces of the portfolio just grasped at the opportunity to sell a lot of buildings,” says Rich. “They never did the homework to understand why the properties might be attractive to buyers in the first place.”

Rich had a head start on this homework, as he’s specialized in the Brooklyn market for years. He has an intimate knowledge of the neighborhoods, relationships with local landlords and management companies, and extensive experience negotiating transactions throughout the borough. These transactions represent a wide variety of property types, from development sites to multifamily and different tax classes, including class 2A and 2B buildings, the categories for many of the Silvershore properties. The capped tax increases of 2A and 2B properties, which Rich recently wrote about in a Commercial Observer article, appeal to a growing number of investors.

Analysis followed the information-gathering. “We tried to come up with pricing for as many buildings as possible, and then isolated all the individual properties that were most in line with the pricing expectations of the seller,” Rich explained. “The individual properties vary significantly, so our job was to puzzle together a portfolio that made sense in terms of economies of scale and geography.”

With a package of 28 properties, the portfolio offered the buyer a financially attractive scale, while also helping Silvershore sell as many buildings as possible at the most favorable prices.

Because the buildings had been on and off the market for several years, there was a stigma associated with them: They were seen as a “stale” offering. Another challenge was the variation among the properties. “Most investors with $100 million to spend want to buy one building with one deed and one rent roll,” Rich notes. “This deal involved dozens of small buildings, which require far more hands-on management. They all have their own boilers, roofs, and supers. It’s easy to get overwhelmed.”

The complexity didn’t faze Rich and his team. “The biggest reason we were able to get this deal done was that we just didn’t quit,” he says. “When there were difficulties, Abie and I would say, ‘Ok, how do we get over this and figure it out?’ ” He remembers late night phone calls and dozens of meetings, during which the team would negotiate the terms and dollars of every building: “If we could all agree on that $3 million building, chances were that we could agree on five more that were nearly identical to it.”

The team did have one advantage, however, in navigating the deal’s complexity: Co-workers handled the financing. Simon Rosenfeld, Rael Gervis, and Craig Berger of Meridian Capital Group secured $88 million from senior and mezzanine lenders for the purchaser. According to Rich, “With our sales and mortgage teams working in harmony, we were considerably more efficient and more informed than another brokerage would have been. It made the complexities of the transaction easier to deal with.”

Few investment sales brokers in New York City could be described as “calm,” but Rich is an exception. And he believes his demeanor gives him a competitive edge. “I have a mellow attitude,” he says. “In stressful situations where one party is selling its life’s work as a portfolio, and another party is paying $100 million for that portfolio, it’s helpful to have someone around who can keep a level head and stay on an even keel. I advocate a ‘control-what-you-can-control’ mentality and try to be rational in situations that are often very irrational.”

Hard work, local expertise, analysis, persistence, teamwork, and tranquility. These simple steps led to the sale of one of the largest portfolios in Brooklyn over the past decade. No tricks required, but you just might call the result magic.

Rich Velotta, Managing Director at Meridian Investment Sales, can be reached at (212) 468-5924 or richardv@meridiancapital.com