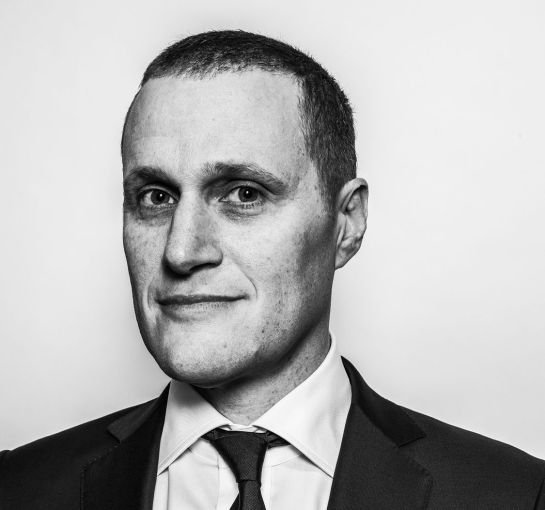 Among the mandarins of the real estate industry who saw the potential in western Queens long before Jeff Bezos ever did, few people made as big a bet as Rob Speyer, the president and chief executive officer of Tishman Speyer.

The developer put the finishing touches on Jackson Park, its three-building, 1,871-unit high-rise residential complex at 2810, 2830 and 2840 Jackson Avenue in Long Island City this year.

SEE ALSO: With HQ2 Now Settled, the Debate Over Amazon Is Only Beginning

Across the street from Jackson Park, Speyer is currently putting up yet another massive project—the two-towered, 1.1 million-square-foot office complex known as The Jacx, which is slated to be finished in 2019.

Speyer has good reason to be happy. The Wall Street Journal reported today that—since the rumor escaped last week that Amazon was eyeing the area—there have been surges of StreetEasy searches and open houses have been mobbed. Eric Benaim, the head of Long Island City-based residential brokerage Modern Spaces, told the Journal, “I’ve sold 20 apartments via text.”

And the potential for the neighborhood’s office market appears even more tantalizing. So far, Amazon has only announced a letter of intent to lease 1 million square feet at Savanna’s One Court Square. Given that Amazon has committed to 4 million square feet in New York (a number that could rise by as much as another 4 million), that means a lot of real estate will come into play in the coming months.

“This is a big day for New York,” Speyer told Commercial Observer in a phone interview. “Amazon is going to add a lot more to that mix.”

Commercial Observer: In terms of existing office space, do you think Amazon is going to lease space beyond One Court Square?

Rob Speyer: I don’t know. I will tell you this: The Amazon deal will help every piece of real estate in Long Island City. Every office building, every hotel, every restaurant, every store. This will be a transaction for the entire neighborhood.

Do you expect them to be interested in the Jacx?

I expect the Jacx will be fully leased by next year. We’re already 75 percent of the way there.

It would seem that you saw what Bezos saw in Long Island City a few years before he did. What did you see in the neighborhood?

We made our original deal in 2003. We believed that the city’s real estate economy needed an ability to expand beyond its core in Midtown, so we looked for the neighborhoods best linked by public transit—and this is it. It’s easier to get to Midtown from Long Island City than Downtown. There’s no better linkage. We were able to buy, at a very reasonable price, 4 million square feet in 2003 that sat on top of multiple connections to Midtown.

So where do you think the Amazon workforce is going to live?

The Journal just published a piece about people buying condos site unseen this weekend—had you seen that?

I haven’t seen that. There was a lot of demand for our offices and apartments before last week, but this is certainly going to drive a lot more demand. Tech companies like to move in clusters. The same thing happened to San Francisco and Seattle, where a lot of other tech firms grouped together. I expect that cluster effect to continue here.

Has there been any further uptick since last weekend?

There’s a lot of excitement that will translate into real demand in the coming days.

What about infrastructure improvements in Long Island City?

What drew us to Long Island City was the infrastructure—the connectivity to Manhattan and the rest of the city. That’s what drew us in 2003, and it’s likely what attracted Bezos in 2018.

What do you think the area needs?

Well, what will happen organically is more restaurants and shops will open. There has been a tremendous amount of residential construction, and it needs restaurants and shops to fill in. The Amazon announcement will be the catalyst for more [food-and-beverage retail] and stores. That will be a big help to creating a great 24/7 neighborhood.